Azea Augustama allegedly made threats on social media, saying he was “willing to shoot with a(n) actual gun or bazooka for righteousness sake.” 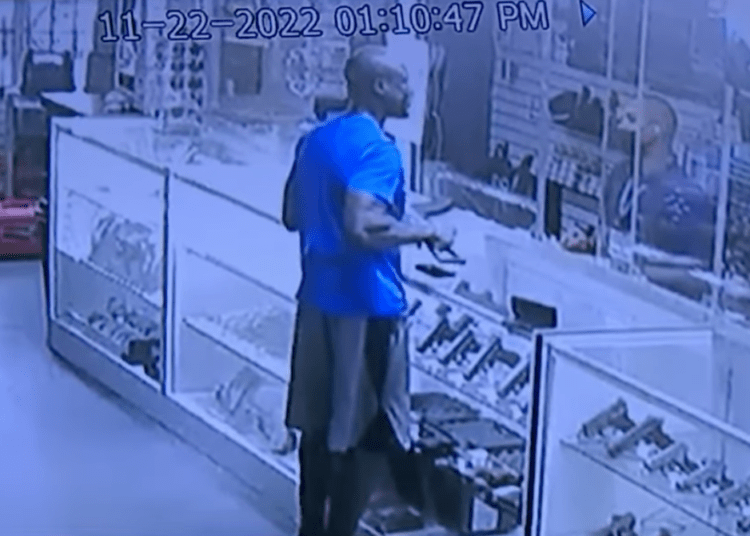 MIAMI – A former Olympic and Golden Gloves boxer reportedly planned to open fire with a long gun at a gym after the business revoked his membership.

Law enforcement authorities said Azea Augustama placed a $150 deposit on an AK-47 at a pawn shop after allegedly making threats on social media to shoot up the gym, NBC Miami reported.

The sequence of events began when when Augustama, 39, was evicted from the BOXR Gym on Northeast 1st Avenue in Miami. According to the gym owner, Mateo Attalla, he got into a heated argument and they revoked his membership. Moreover, they served Augustama with a trespass notice earlier this month.

On Tuesday, Augustama called police to escort him back to the gym so he could collect his personal belongings.

“He was escorted in with cops to get belongings and, of course, belongings weren’t there,” Attalla told CNN.

Red flags soon developed on social media as Augustama is accused of making threatening posts. Investigators said he placed a photo on Instagram of Nikolas Cruz, the convicted mass murderer behind the Marjory Stoneman Douglas High School massacre in Parkland, Florida, and he wrote a caption indicating that he was thinking about shooting several people at the gym.

According to law enforcement authorities, Augustama said he was “willing to shoot with a(n) actual gun or bazooka for righteousness sake.”

Moreover, Augustama sent a picture of a target to a witness, writing “he’s first when I get my gun or with something else first (RIP),” police noted.

The professional boxer who once competed in the Olympics took steps in furtherance of his threats by placing a $150 deposit on an AK-47 at a pawn shop in the city of Opa-locka, police said. After placing a deposit on the rifle, he was told there was a seven-day waiting period.

Investigators obtained surveillance footage, which showed Augustama holding the gun at the pawn shop. He was taken into custody on Wednesday, Law&Crime reported.

Augustama was subsequently booked at the Miami-Dade Jail on two counts of making written threats to commit a mass shooting and one count of making a written threat to kill or cause bodily injury, records showed. He is being held on a $3 million bond.

“Police automatically, they saw what was going on, because he was tagging the gym and stuff, so they immediately jumped on it quickly,” he said.

Augustama was born in Haiti but grew up in Miami. In 2008, he represented Haiti at the Olympic Games in Beijing, China, the same year he won a gold medal at the National Golden Gloves tournament, NBC reported.

As a professional boxer, Augustama was known as the “Haitian Hitman” while fighting as a light heavyweight. He achieved 18 wins as a professional, mostly at local venues including Miami Jai Alai and the Magic City Casino.