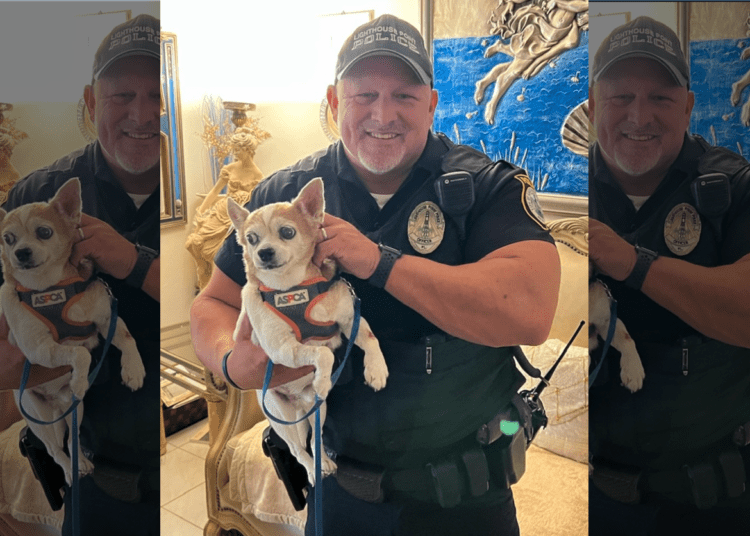 LIGHTHOUSE POINT, Fla. – A police officer in Florida saved the life of a small pup that was exhausted after treading water for more than 25 minutes after its leash became tangled in dock pilings, police said.

Officer Bob Stebbins of the Lighthouse Point Police Department jumped into action earlier this month when the dog was drowning off the Florida coast, Fox News reported.

The police agency noted on Facebook that a “frantic caller” reported her dog had jumped into the Intracoastal Waterway around 10 p.m. on July 3.

“Upon arrival, Officer Stebbins learned that the dog had been treading water for approximately 25 minutes and was exhausted. Although it was dark, Officer Stebbins could see that the dog’s snout was barely above water and its leash was tangled in the nearby dock pilings. Officer Stebbins realized that he needed to take immediate action, so he discarded his duty gear and entered the water. Officer Stebbins swam across the dark water, untangled the dogs leash, and delivered the dog to the shoreline safely.”

The department said the dog’s owner was “overjoyed to be reunited with her family member.”