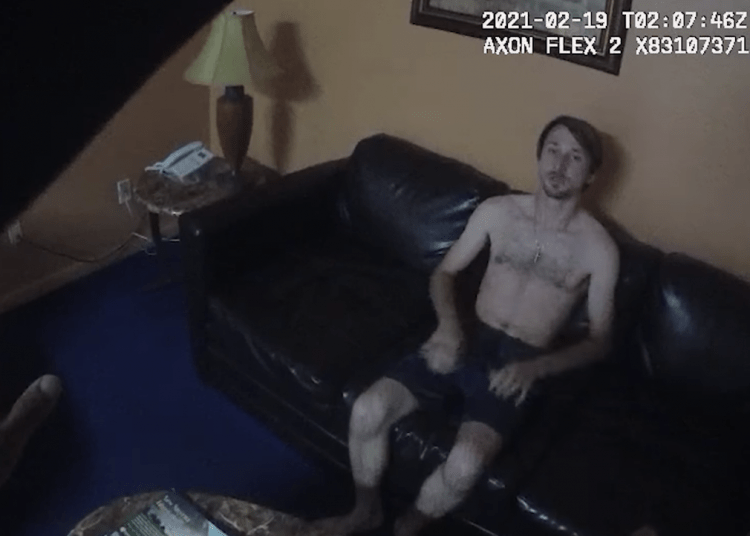 EDGEWATER, Fla. — A Florida sheriff’s deputy rescued a 13-year-old girl from inside a “dark motel room” where she had gone with a 22-year-old man she met online, officials said Monday. The youngster came running to the deputy when he entered the room.

The Volusia Sherriff’s Office received a report of a missing child around 6:15 p.m. Thursday and learned from the girl’s grandmother that she never came home from school. Moreover, the teen never showed at a basketball game after school, the office said in a Monday Facebook post.

James first spoke to one of the teen’s friends, who “said the victim was planning on going to a motel with someone she met online,” the post states. She said she thought his name could have been Tyler, or otherwise started with a “T,” and added she thought the man, who she believed was from Orlando, would be picking up the victim from an Oak Hill dollar store, police said.

The deputy then went to the store, where he spotted her on surveillance footage, video shows. An employee there told him she “said she was waiting for someone to pick her up,” police said.

He then went from one motel to the next asking desk clerks if they recognized the girl in a photo he showed them, Fox reported.

“At the third motel he checked, Deputy James noticed a guest checked in under the name Tyler Thompson, with an address out of Orlando,” the post states. “Deputies went to his room and knocked on the door several times before Thompson finally answered, and the victim came running.”

The sheriff’s office said deputies knocked on the suspected offender’s room at the All Suite Motel in Edgewater, Fla., “several times” before they got a response. A shirtless man opens the door to a dark room as the deputy announces himself and orders Thompson to sit on the couch.

James can be heard asking where the young girl is, to which Thompson responds: “She’s inside.”

Within moments, she’s at James’ side.

“When she was told she’d be taken somewhere to be medically cleared and interviewed, the girl asked Deputy James to stay with her,” police said. “He took her to a local Department of Children and Families facility for evaluation, and then took her home.”

Hence, Thompson was charged with interference with child custody and traveling to meet after using a computer to lure a child, officials said. He could face additional charges, Fox reported.

The sheriff’s office said he was released Friday night after posting $15,000 bail.