Authorities are bracing for bad news given the devastation 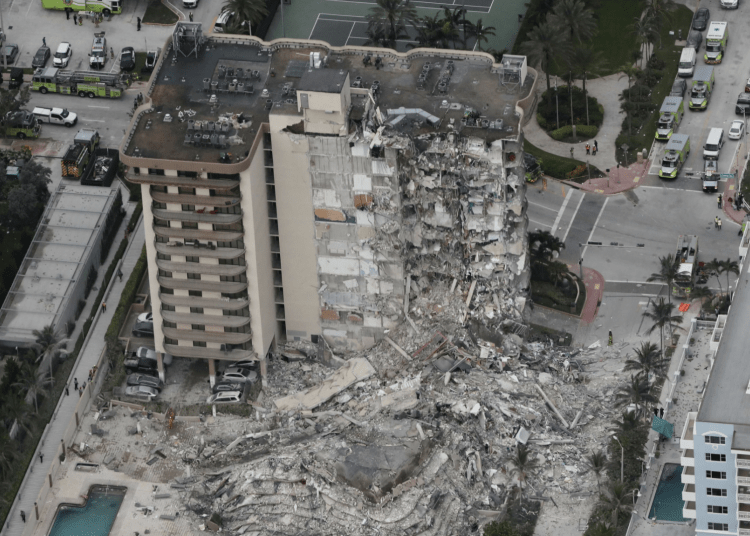 UPDATE: Several news organizations are now reporting 99 people are unaccounted for following the collapse of the Champlain Towers in Miami.

MIAMI — First responders in Miami are searching for 51 people who are unaccounted for after an apartment building partially collapsed early Thursday. Preliminary reports indicate one person has been killed and at least 10 more injured from the calamity.

The 136-unit Champlain Towers South Condo on Collins Avenue in Surfside collapsed about 1:30 a.m. Views show the ocean-facing portion of the complex in rubble, with trapped residents inside. The location is just north of Miami Beach, the New York Post reported.

Of 35 people rescued from 55 collapsed units thus far, 10 were treated at the scene and two taken to the hospital. One person perished, Miami-Dade County Fire Chief Ray Jadallah said during a news conference.

Miami-Dade Commissioner Sally Heyman told CNN that 51 people who were assumed to have been living in the partially collapsed section of the building have not been accounted for. However, it’s unclear how many of these individuals were home when the catastrophe occurred.

“The rest of the search-and-rescue efforts has been done by manpower on the outside, search on the barrier quarters, also with drones and with dogs. It has shifted now or started to shift to recovery,” Heyman added.

Although officials are hoping for more rescues, Gov. Ron DeSantis said “we are bracing for some bad news just given the destruction that we’re seeing.”