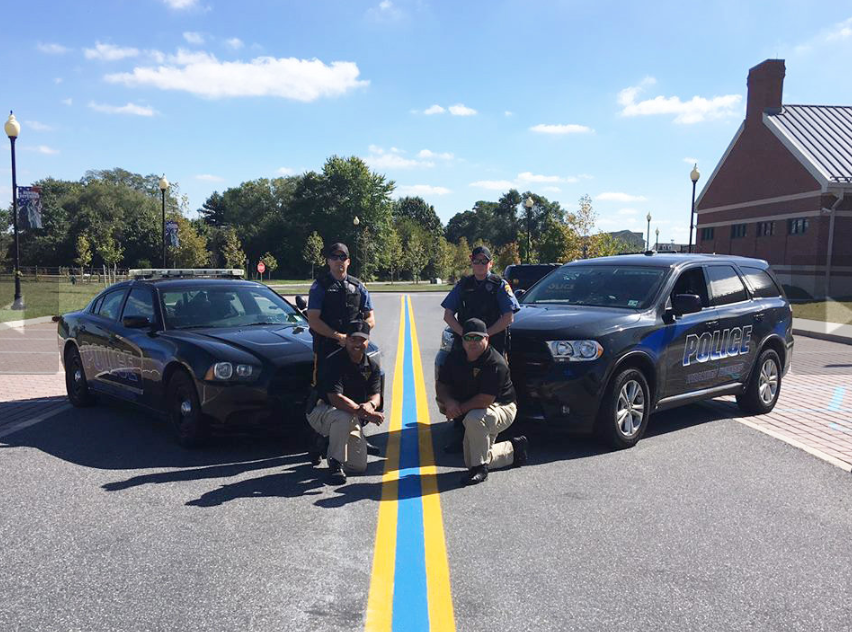 In October, scores of New Jersey towns painted blue lines in the middle of bustling downtown roads to show support for law enforcement.

But this practice is unsafe and towns should find another way to honor their men and women in blue, according to the U.S. Department of Transportation Federal Highway Administration.

“There are many appropriate and fitting ways to recognize service to the public that do not involve the modification of a traffic control device, which can put the road user at risk due to misinterpretation of its meaning,” reads a Dec. 8 letter from the FHA to the Somerset County Engineering Division.

“The use of blue lines as part of centerline markings does not comply with the provisions of the MUTCD (Manual on Uniform Traffic Control Devices for Streets and Highways),” the letter states.

The FHA says the space in between the double yellow lines should remain empty. In certain cases, black paint can be used “where a light-colored pavement does not provide sufficient contrast with the markings,” the MUTCD states.

Blue paint should only be used on roads to mark handicapped parking spaces, according to the MUTCD.