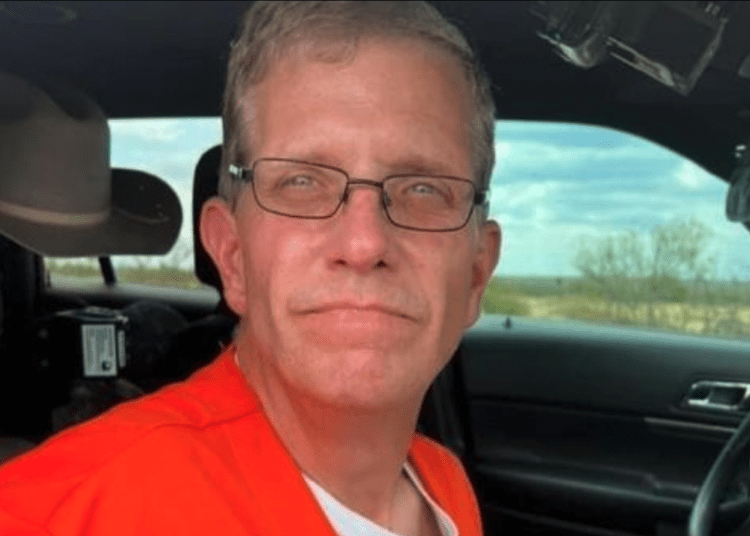 KINNEY, Texas – A practicing attorney in Texas who also works as a federally-appointed immigration magistrate was arrested Saturday and accused of smuggling migrants and resisting law enforcement authorities.

Galveston County Constable Jimmy Fullen said Timothy Daniel Japhet was taken into custody and charged with “smuggling of a human and resisting arrest” in Kinney County, the Post Millennial reported.

The constable issued a press statement on his Facebook page, along with photos of Japhet and four men he is accused of smuggling across the US-Mexico border.

“Great job Deputy Gonzalez and Troopers who were on scene assisting,” Fullen said.

Japhet is listed as still “eligible to practice,” and has been licensed since 2003, according to the Texas State Bar website. His specialties include business, environmental, government/administrative, and energy resource law. He primarily practices out of Corpus Christi. Despite his federal appointment as an immigration magistrate, this kind of law is not listed as one of his practices.

Japhet was also involved in significant controversy in 2020. During the chaos surrounding George Floyd’s death in Minneapolis, he made the stunning claim that the man who was identified as Floyd actually died three years prior. Japhet said he knew this because he was Floyd’s lawyer, the Post Millennial reported.

“The name of the man they are using who died? He died here in Corpus Christi three years ago?,” said Japhet in a Facebook post, igniting conspiracy theories. “He did play for Texas A&I and he did live on the streets here and he did die here. However he didn’t die in Minnesota.”

“So what I’m telling you is that the man they claim who died in Minneapolis at the hands of the police did not die there……that man died in Corpus Christi, TX in Christus Spohn Memorial ICU with me as his Guardian Ad Litem and he is buried at the paupers cemetery in Flour Bluff?.” 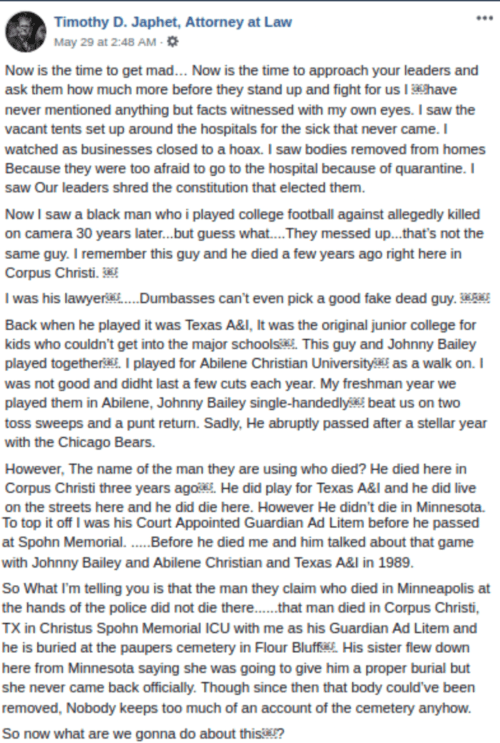 Furthermore, Japhet gave an interview, where he reiterated his claims of the real George Floyd dying several years before the encounter in Minneapolis.

The true identity of the person allegedly represented by Japhet and buried at the Flour Bluff cemetery is unclear.

The controversial attorney graduated from South Texas College of Law in 1998.