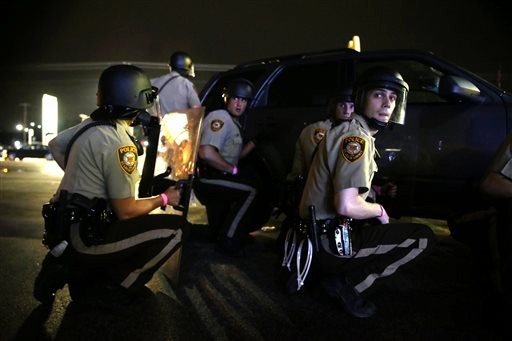 A federal judge has dismissed a civil rights lawsuit that alleged police used excessive force against Ferguson protesters and violated their civil rights.

The St. Louis Post reports that U.S. District Judge Henry Autrey on Friday ruled in favor of summary judgment motions filed by police, police officials, St. Louis County and the City of Ferguson. The order appeared publicly in electronic court files Monday, the same day that lawyers for protesters filed a notice that they would appeal.

In his order, Autrey said that the protesters who filed the suit “have completely failed to present any credible evidence that any of the actions taken by these individuals were taken with malice or were committed in bad faith.”

Autrey wrote that protesters were told to disperse, and when they did not and officers were ordered to begin making arrests, those officers gave repeated warnings before they started arresting protesters.

Autrey ruled that many of the plaintiffs’ claims were not backed up by video evidence or other testimony.  At least three complainants were found to be lying after video was produced.

Plaintiffs Damon Coleman and Theophilus Green claimed that they were hit by less than lethal projectiles fired by three officers, Autrey found, but were unable to contradict statements by those officers that they were not carrying that equipment that night.

The arrests were among hundreds during protests that followed the Aug. 9, 2014 fatal shooting of Michael Brown, 18, by then-Ferguson Officer Darren Wilson.

Share and speak up for justice, law & order...
Tags: fergusonheadlineNewsriots