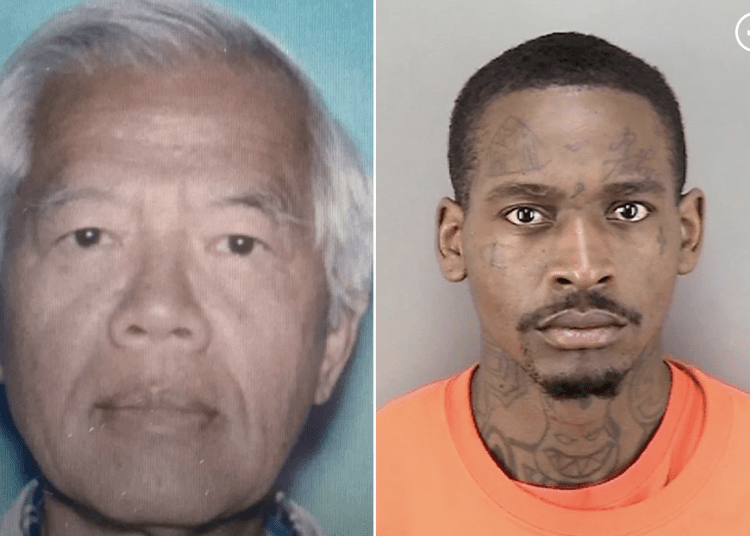 OAKLAND, Calif. — An elderly California man has died from injuries suffered when he was punched in the face by a robbery suspect. According to prosecutors, the defendant has a history of targeting older Asians, KPIX5 reported.

Seventy-five-year-old Oakland resident Pak Ho suffered a traumatic brain injury and brain damage after being knocked to the sidewalk from a single punch in the Tuesday attack. As a result, the elderly man died Thursday.

“I’m at a loss for words,” said Oakland Police Chief LeRonne Armstrong in a statement.

“Through our investigation, OPD has learned that the suspect has a history of victimizing elderly Asian people,” the chief stated.

For Immediate Release: March 11, 2021
OPD NEWS:
Man charged with the murder of a 75-year-old Oakland resident

Bailey led officers on a chase after police identified the suspect’s getaway car with surveillance video, according to KPIX5.

He was eventually apprehended and found with the items he had forcibly stolen from Ho, the station said. Moreover, the career criminal’s court-ordered GPS ankle monitor also placed him at the scene of the crime, authorities said.

In addition to the upgraded special circumstances murder charge, prosecutors charged Bailey with a February robbery and assault against a 72-year-old at a nursing home, the news organization reported.

Baily had been released to home supervision in connection with another crime, and has been convicted of multiple felonies, the report stated.

Last April, he was booked for robbery, conspiracy, possession of stolen property, parole violation, child endangerment and multiple counts of destroying evidence after leading San Francisco police on a post-robbery chase with an infant in the car, according to KPIX5.

The corner of Jayne Avenue and Perkins Street in Oakland, California where Pak Ho was reportedly attacked by Teaunte Bailey. (Google Maps)

“Our elders should be protected not the victim of a deadly assault. I am thankful that our officers were able to quickly respond and arrest Mr. Bailey. The Oakland Police Department will relentlessly pursue those that violate the most vulnerable members in our community,” Chief Armstrong said.

Oakland leaders said they are investigating whether the attack was a hate crime, and connected to a rash of crimes against Asian Americans during the COVID-19 pandemic, New York Post reported.

“Our police will investigate thoroughly to determine whether this was racially motivated or a crime of opportunity,” Mayor Libby Schaaf said in a statement Thursday, according to the Post.

There were more than 2,800 incidents of anti-Asian hate throughout the country last year, with 126 of them targeting elderly members of the community, according to data released last month by Stop AAPI Hate national coalition.

As hate crimes swell in the Oakland/San Francisco communities, many people are showing their support in various ways, from social media activism to mutual aid efforts, NBC Bay Area reported. These efforts are starting to heighten awareness surrounding racism against Asian Americans, which can be ingrained and subtle — ranging from racially insensitive incidents to physical attacks, experts say.