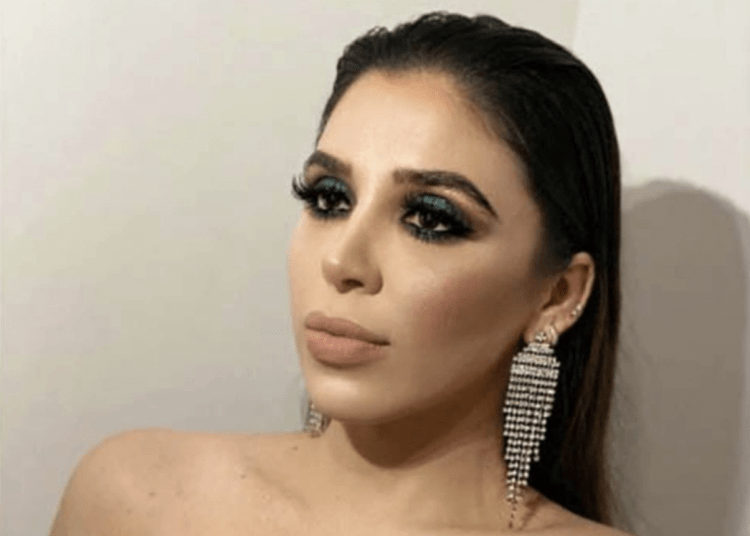 But as she prepares to rat out high-ranking members of the Sinaloa cartel, including her own stepsons, Coronel Aispuro was forced into a more sober look in drab prison greens, her pouty lips free of red lipstick, New York Post reported.

“Emma wants to get far away from the violence, and has always wanted to live in the US,” said the source. She was born in California and has dual US/Mexican citizenship.

Coronel Aispuro, 31, turned herself into authorities in Washington earlier this week. Hence, she faces more than 10 years in prison if convicted on drug-trafficking charges. Moreover, she is also accused of helping Guzman, 63, escape from a maximum-security Mexican prison in 2015, and helping to plan another escape before he was extradited to the US in 2017, according to court papers.

The leggy brunette, fond of flashy designer clothes, was a fixture at her husband’s trial in Brooklyn federal court in 2019. At the time, The Post exclusively reported that she was under federal investigation for helping to run the cartel that is now spearheaded, the source said, by stepsons Ovidio Guzman Lopez, 30, Ivan Archivaldo Guzman, 37, Jesus Alfredo Guzman Salazar, 34, and Joaquin Guzman Lopez, whose age is unknown.

The one-time journalism student and aspiring model posts glamorous photographs of herself in low-cut blouses and chandelier diamond earrings, and shared Instagram stories about her luxurious vacation in Venice shortly after Guzman was sentenced to life at a maximum-security Colorado federal prison in July 2019.

Shortly after news of her arrest on Monday, many of her 600,000 social-media followers left heart emojis next to photographs of Coronel Aispuro in a tight black leather jacket, a golden crown on her head, and enhanced red lips, the Post reported.

Her followers expressed shock that “la Reinita” — the little queen — who also managed a guest appearance on VH1’s “Cartel Crew” two years ago, had been arrested. “Is it true that Emma is in jail?” asked one of her Instagram followers. “Free the queen,” wrote another.

Coronel Aispuro, the mother of 9-year-old twin girls Emali Guadalupe and Maria Joaquina, is being represented by a team of lawyers led by Manhattan attorney Jeffrey Lichtman, who also defended her husband.

“She already had her defense attorney lined up before she got on a plane to turn herself in,” the source told the Post. “Her number one priority is to protect her kids and remain in the US.”

She has long denied any knowledge of her husband’s drug business. However, an FBI agent who debriefed more than 100 members of the Sinaloa cartel said in court papers that “Coronel was aware of multi-ton cocaine shipments, multi-kilo heroin production, multi-ton marijuana shipments and ton-quantity methamphetamine shipments.” After visits to her husband in Mexican prisons, she relayed messages to his trusted deputies, court papers say.

During Guzman’s trial in Brooklyn, Damaso Lopez Nunez, the drug lord’s longtime lieutenant, testified that El Chapo contacted him soon after his capture by Mexican Marines in February 2014. Lopez said his boss asked him to “meet with the mother of the twins,” referring to Coronel.

Coronel Aispuro was born on July 1989 near San Francisco, but grew up in a remote area of northwest Mexico surrounded by pine forests. Her father, Ines Coronel Barrera, was a cattle rancher in the region and a feared drug lord who worked for Guzman. The daughter met Guzman when she was still a teenager, and a contestant in a beauty pageant during the Coffee and Guava Festival in the village of Canelas in 2007.

Guzman, then 50, fell for her on the spot, although the marriage was widely seen as a way to solidify Ines Coronel Barreras’ position within Guzman’s Sinaloa cartel. Barreras was convicted on weapons charges and marijuana trafficking in 2017, and is currently serving a 10-year sentence in Mexico.

Since Guzman’s extradition to the US, the Sinaloa cartel has been dominated by the eldest of his 15 children, known as “Los Chapitos.” In 2019, their turf war with rival drug gang, Cartel Jalisco Nueva Generacion, became particularly brutal, resulting in more than 2,000 deaths. In October of that year, when Mexican authorities captured Ovidio Guzman Lopez — known as El Raton or “the mouse” — the threat of violence was deemed so high that they let him go.