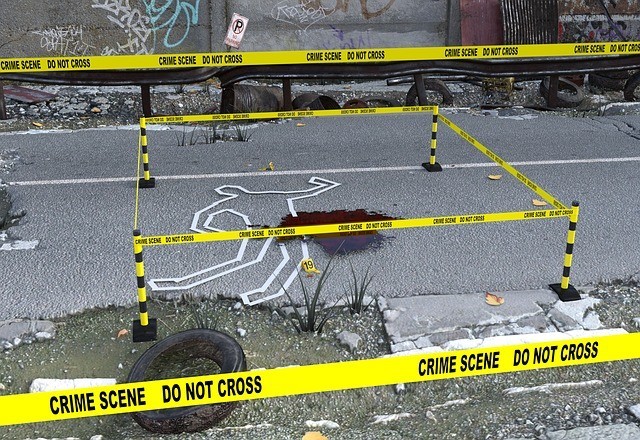 Most of what I read about crime is advocacy.

When it comes to objectivity, there are an endless variety of crime-related organizations offering data that only fits their preconceived views.

It’s a collective sense that we can’t trust what we are reading.

Do groups ignore or disrespect victims of violent crime by downplaying data?

The issue is crime-related media and research objectivity with Pew used as one example.

I appreciate the Pew Research Center for its data. I also understand that Pew is a self-described advocacy organization promoting a “progressive” point of view as to crime policies, Pew.  Does advocacy affect its research or reports?

Pew has the power to influence; their research powers dozens of major media news reports.

Is there is anyone publishing crime data that is truly objective and nonpartisan? Beyond a few academic research centers and federal agencies, I believe the list is sparse.

In my opinion, most of what I read about crime is advocacy. It creates a massive lack of trust that infects media using the data.

From the Knight Foundation: But in a new Gallup/Knight study, we’ve found the gap is growing between what Americans expect from the news and what they think they are getting. Perceptions of bias are increasing too, which further erodes the media’s ability to deliver on its promise to our democracy.

The landmark poll of 20,000 people found that Americans’ hope for an objective media is all but lost. Instead, they see an increasing partisan slant in the news, and a media eager to push an agenda. As a result, the media’s ability to hold leaders accountable is diminished in the public’s eye.

Eight in 10 Americans say that when they suspect an inaccuracy in a story, they worry it was intentional —because the reporter was misrepresenting the facts (52%) or making them up (28%). Only 18% say they think the inaccuracies were innocent mistakes. And when it comes to news sources they distrust, nearly three-quarters of Americans (or 74%) say those outlets are trying to persuade people to adopt a certain opinion.

The mistrust of the American public towards media and the data they use is my biggest disappointment in this political year. In my thirty-five years of federal and state media relations for the justice system, I was guided by journalistic and academic guidelines insisting on objectivity. That era seems to be at an end.

Pew issued a report providing an overview of crime and fear of crime for recent years, Pew.

The problem? It ignores the 28 percent rise in violent crime since 2015 and the increase in serious violent crime as documented by the Bureau of Justice Statistics of the US Department of Justice through the National Crime Victimization Survey, Crime in America.

Beyond one small chart (without explanation), there isn’t a hint of the rise in national violent crime since 2015 or the astounding increases in homicides and aggravated assaults in 2020 with documented billions of dollars in losses due to riots and looting.

Violence-The Same As Cancer Or COVID

Violent crime is like a disease that dismantles everything it touches including the well-being of children and residents.

So in an overview of crime in the US, we are going to ignore increases in violence since 2015 and the current impact of rising violence in cities?

An Overview Of Violent Crime

Every time I use US Department Of Justice data stating that that violent crime and serious violent crime increased since 2015 there is someone who sends me a report from Pew stating it hasn’t.

Critics insist that violent crime is down per historical trends before 2015. Detractors say that the increase in violence in 2020 is overblown. Some insist that per FBI data (the 41 percent of violent crimes reported) violence has decreased substantially.

Thus we have a fundamental question, which holds more importance, a 28 percent increase in all violent crime (including simple assaults) per the National Crime Survey (2015-2018), and the presumption that this applies to 2019 (no change in violent crime in 2019 when including simple assaults per BJS), a tripling of violent crime per Gallup, endless media reports of vastly increasing urban violence in 2020 after the lockdowns, a rise in homicides and aggravated assaults in 2019 and 2020 per the Major Cities Chiefs Association, a considerable and recent rise in homicides, aggravated assaults and robberies after the lockdowns by the University of Missouri, and considerable increases in homicides and violence by COVID and Crime…

…data from the FBI documenting that overall crime was flat (decreased 0.4 percent) for the first six months of 2020 but with increases in aggravated assaults and homicides? Per the FBI, in 2018 there was a decrease in violence of 3.3 percent. It decreased again by 0.5 percent in 2019, indicating possible growth, Crime in America.

Data from Pew needs consideration; they are good researchers. I’ve been in meetings in Washington, D.C. with Pew representatives where research that was not necessarily supportive of their platforms was published regardless. That’s integrity. That’s objectivity.

But when it comes to objectivity, there are an endless variety of crime-related organizations offering data that only fits their preconceived view of the world. Much of it is simply misleading.

It’s a collective sense that we can’t trust what we are reading from many sources, including research. If you only publish data that fits your stated views, can it be embraced?

For those of us who have spent decades in the justice system, we understand victimization and the immense harm it does because we have seen it first hand.

Ignoring a 28 percent increase in violent crime since 2015 or increasing serious violence or skyrocketing violent crime in 2020 hurts everyone.

In my opinion, it’s insensitive to the plight of suffering violent crime victims.