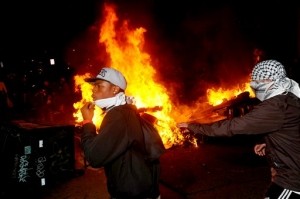 “The U.S. can expect increased Covid-19 testing, a national mask mandate and the possibility of nationwide lockdowns once President-elect Joe Biden takes office.”

“Criminologists point to the effects the pandemic has had on everything from mental health to policing amid social distancing,”

“No national economic shock or downturn in the U.S. has ever happened as fast as this one,”

“Because the stresses of the pandemic are everywhere, you are seeing this everywhere,”

Do you fully understand what’s going on regarding increasing violence and social dysfunction? I don’t. Whether it’s protests or politics, people seem extreme. Some remind me of addicts who haven’t gotten their fix.

I talked to experienced people in government and the justice system who state that “things” have changed. They’re not sure why.

From the beginning of disturbances and rising crime after the lockdowns were lifted, some suggested that COVID and related restrictions “may” have something to do with it.

When asked why or how, most couldn’t provide a definitive answer.

I’m not taking a political stance as to the worthiness of the pandemic lockdowns beyond acknowledging numerous articles predicting that they would profoundly alter the American psyche in ways most wouldn’t understand.

I (and others) find it hard to separate COVID from the lockdowns, mask requirements and recommendation for social distancing beyond stating that they are inevitably intertwined. While the lockdowns have been mostly lifted, the economy continues to struggle and people and families remain separated. Thus the combined effects continue.

Will President-Elect Biden Lock Down The Country Again?

A search of “lockdowns and Biden” (for the past week) created thousands of results. Yes, some were leftovers from the election.

Do Lockdowns Have Consequences?

I read a variety of articles during the pandemic stating that COVID and the lockdowns were challenging the beliefs and lifestyles of most Americans.

They warned that lockdowns bring serious consequences. If you shut down freedom of movement, if you destroy jobs and the economy, if you take away freedom of speech and assembly, the country would react negatively. If sending your child to school or if going to work or socializing with your family become life-threatening events, it changes people.

After the lockdowns, violent crime skyrocketed in a variety of areas, especially those experiencing protests. People are leaving cities. Looting and riots have cost billions of dollars, Crime.

COVID is getting worse and people are not adhering to social distancing; they are not wearing masks. COVID fatigue seems real. I went to an event because the city required masks, but eighty percent of attendees didn’t comply. I and several people report doctor’s visits where the physician wasn’t wearing a mask. People are rebelling over the simplest of restrictions.

The fear of crime is high. Firearm sales are going through the roof. Per numerous articles, cops are leaving the job in droves after vicious and seemingly endless confrontations with protestors and the media, Cops.

But Past Events Didn’t Turn Into A Worldwide Movement

There are reasons for discontent. There are examples of illegal use of force by law enforcement. There is a centuries-long history of racial bias and abuse.

But in the past, similar events didn’t turn into a national or worldwide movement.

We’ve experienced serious economic turndowns. People have fled cities in the past.  Pandemics have always scared the hell out of societies. We have locked down cities due to civil disturbances.

But protests were mostly limited and local.

Length Of The Lockdowns

But the core of this discussion is the length of the lockdowns, lasting two to four months (or more) depending on the jurisdiction. Some continue to this day. The government told people to stay off the streets. They were only allowed to go shopping or to get medical care. States were putting restrictions on news arrivals. The federal government shut down borders.

Like many cities where economies have been ravaged by the pandemic Oakland, CA, has seen a surge in gun violence, including six killings of juveniles since June and a 40 percent increase in homicides overall.

In Los Angeles, the picture is equally bloody, with the city on pace to have more than 300 homicides for the first time since 2009.

Major cities from Minneapolis to Milwaukee to New York, and even smaller communities like Lubbock, Tx., and Lexington, Ky., are all confronting the same grim pattern, with some places, like Kansas City and Indianapolis, setting records for the number of killings in a single year, reports the New York Times. Philadelphia is among the cities with the highest increase — its 404 killings this year are a 40 percent increase from last year.

Criminologists point to the effects the pandemic has had on everything from mental health to policing amid social distancing, with fewer officers able to perform the up-close-and-personal community outreach work that in normal times has helped mitigate violence. Aside from the destabilizing effects of the pandemic, the street protests over racial injustice after the killing of George Floyd may have contributed to the rise in homicides, said criminologist Richard Rosenfeld of the University of Missouri St. Louis.

Jeff Asher, a crime analyst in New Orleans, said the rise in killings was hitting all corners of the country. He pointed out several Republican-led cities that have seen sharp upticks: Lubbock, Tx., which has seen 22 homicides, compared with nine in the same period last year; Lexington, where homicides are up 40 percent; and Miami, where homicides have risen nearly 30 percent. “Because the stresses of the pandemic are everywhere, you are seeing this everywhere,” he said, The Crime Report.

When I was writing articles covering crime during the COVID lockdowns, there were three main themes in mainstream media coverage:

Most Americans have never experienced government intervention or social or economic upheaval at this level. The loss of freedom, jobs, and businesses after some of the lowest unemployment percentages in the country’s history seemed overwhelming. According to The Atlantic, “No national economic shock or downturn in the U.S. has ever happened as fast as this one,”

Add a dramatic increase in violent crime, a contentious presidential election, and the endless protests, riots, and looting and you find that many Americans are expressing anger, anxiety, depression, and dismay often resulting in harsh assessments of people and institutions they disagree with.

Never in our lives have we experienced such a global phenomenon. For the first time in the history of the world, all of humanity, informed by the unprecedented reach of digital technology, has come together, focused on the same existential threat, consumed by the same fears and uncertainties, eagerly anticipating the same, as yet unrealized, promises of medical science, Rolling Stone.

Calls To Defund The Police Are Becoming A Reality

It might not be happening the way activists imagined, but calls to defund the police are becoming a reality as law enforcement agencies face the dual pressures of coronavirus-related budget shortfalls and nationwide protests. According to a new survey by the Police Executive Research Forum (PERF), police agencies across the country could be facing some of the deepest cuts in a decade, even worse than during the Great Recession, Local21 News.

“We’ve heard loud and clear from people: They’re nervous, they’re scared, they’re worried, they’re thinking about whether or not their life can continue as they expect it to in this great city of Chicago,” Lightfoot said, ABC News.

The Fear In The Air Was Palpable

On a return visit this weekend to the Upper West Side neighborhood where I’ve lived for more than a quarter of a century, the fear in the air was palpable, New York Post.

The nation has changed. At the moment, we are a society in partial turmoil.

Will the President-Elect reimpose lockdowns? If he does, it may set off another cycle of unanticipated consequences.

Do I believe that unchecked violence is coming? No, I don’t. We have been through much much tougher times than this. The Great Depression and numerous economic recessions have occurred. This is not our first pandemic.

During troubled times, there was turmoil. We questioned Americanism and democracy. There were protests. But we mostly made it through without massive social upheaval or resorting to violence or looting.

We within the justice system need to prepare now for the possibility of extreme violence. Now is not the time to defund law enforcement.

Cops are the only entity willing to stand between you and those embracing extreme measures. At mass or school or church or synagogue shootings, I don’t remember anyone else beyond law enforcement rushing in to end the violence.

No one has quick answers to current problems but I am unaware of anyone who doesn’t want all Americans to prosper. As long as we are committed to equality, we will emerge successfully.

The pandemic lockdowns were temporary. Our mothers and fathers fought the second world war immediately after the Great Depression. If they got through it with unity and without massive upheaval, violence, and looting, so can we.

Just acknowledge that lockdowns have the potential for serious repercussions.