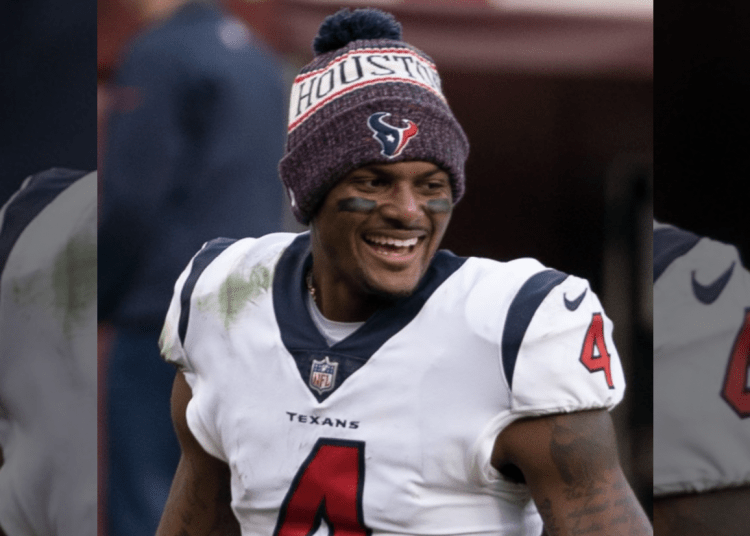 Tony Buzbee said during a news conference Friday that seven lawsuits have been filed and five more are coming – several of the 12 Jane Does were hired to massage Watson – and 10 other women have contacted his office with similar stories not yet vetted. The most recent allegation happened earlier this month, after Buzbee first contacted Watson’s representation to notify of the behavior, he said.

“This case isn’t about money,” said Buzbee, a high-profile Texas attorney. “We have pleaded the jurisdictional minimum … [of] $500. It’s certainly not about seeking publicity or fame. I personally don’t need it, and these women don’t want it. This case is about female empowerment and taking the power back.”

Buzbee “stopped counting at 10 death threats” against him, his children and his colleagues from social-media commenters. Watson hired his own high-profile attorney in Rusty Hardin, New York Post reported.

“They bring these cases for one reason only: Stopping further misconduct from this defendant and any others like him,” Buzbee said. “We won’t be deterred.”

Watson, 25, is a Pro Bowl quarterback who requested a trade from the Texans earlier this month. The Texans held on to Watson and now the unsettled allegations cloud the market of any potential interested suitors.

Watson denied the initial allegation and ever mistreating women. His NFL agent, David Mulugheta, released a statement before Buzbee spoke Friday reminding that false allegations can be prosecuted, too.

Because Buzbee lives on the same street as Texans owner Cal McNair, conspiracy theorists have suggested this could be a revenge tactic to disgrace Watson’s reputation.

“I need to dispel some silly rumors,” Buzbee said. “I live near the McNair family. I don’t know the McNair family. I wouldn’t recognize Cal or Hal if I saw him on the street. This case has nothing to do with the Texans, nothing to do with free agency. The timing, I don’t know anything about that silliness and I frankly don’t care about it. This case is about brave women who are willing to step forward knowing they will be criticized and ostracized.”

Buzbee said he has had “no contact with the Texans” and only received a letter from the NFL seeking compliance as the matter is under investigation within the league’s personal conduct policy. The plan is to package together the civil complaints and present them to the Houston Police Department, which already has been in touch, according to the New York Post.

One of the lawsuits cited during the news conference claims Watson booked a session with a masseuse during which he “got completely naked, got an erection and asked her what she was going to do about that erection?” During another session, Watson allegedly tried to put his penis in the same woman’s hand and kiss her on the mouth.

The same suit claims the woman felt “scared and confused,” and “powerless and confused” and “feared what Watson would do to her career.” As a result, she suffers from panic attacks, depression and anxiety, is seeking counseling and has trouble sleeping.

A separate suit claims that Watson forced a licensed massage therapist to perform oral sex on him in December after contacting her on Instagram. He allegedly made it clear that he could “help or hurt” her career.

“Our thought was when we filed the first case, if it’s happened once, it’s probably happened more than once,” Buzbee said. “And we were right on that.”

Watson previously said he was given an opportunity to settle these allegations before the civil suits were filed in open court. It was framed as a shakedown attempt. Not so, says Buzbee.

“We wanted to resolve this matter without a lawsuit,” Buzbee said. “What we received in cooperation with Mr. Watson’s [representation] was dismissive behavior.”