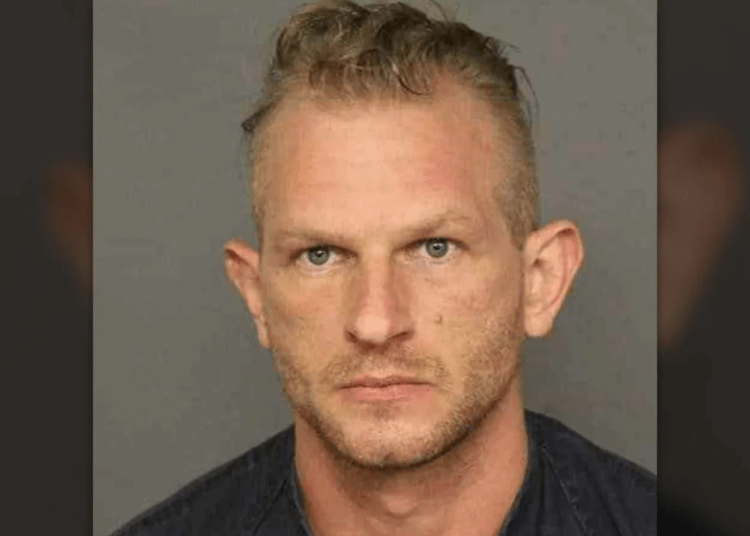 Michael R. Close, 37, charged with fatally shooting a woman and wounding her boyfriend during a confrontation over dog feces, has pleaded not guilty by reason of insanity. (Denver District Attorney's Office)

DENVER — A Denver man charged with fatally shooting a woman and wounding her boyfriend during a confrontation over dog feces has pleaded not guilty by reason of insanity.

Michael R. Close, 37, entered the plea virtually from jail during Monday’s court appearance on charges that he fatally shot Isabella Thomas, 21, with an AK-47 and wounded her boyfriend, Darian Simon, 27, outside his apartment in the city’s Ballpark section on June 10, the Denver Post reported.

Police have said Close took the rifle from a Denver police sergeant who was his friend and used the weapon without his knowledge, the newspaper reported.

Investigators said in November at a preliminary court hearing that Close squeezed off 24 rounds at the couple from a semi-automatic rifle as they walked their dog, Law Officer reported. Close yelled at Thomas and Simon after their dog defecated in a rock garden outside his apartment, a homicide investigator testified.

“Are you going to train that f–king dog or just yell at it?” Close said, according to Denver police homicide investigator Joseph Trujillo.

Close then allegedly opened fire, killing Thomas and wounding Simon in the leg and buttocks. He fled in his car following the shooting and was arrested later that day in Jefferson County, the Denver Post reported.

Close — who is facing 22 criminal counts in the shooting, including first-degree murder — will now undergo a court-ordered mental health examination to determine his mental state at the time. If he’s ultimately found not guilty by reason of insanity, he’ll be committed to a mental health facility rather than prison, the newspaper reported.

“What upsets me the most is the fact he knew right from wrong,” Ana Thallas told the newspaper. “He admitted to what he did, he even showed a sense of remorse after he did it. … If someone knows right from wrong and that they screwed up, how is that insanity?”

Trujillo testified in November that Close’s girlfriend, Chelsea Thompson, told police that he called her crying after the shooting and admitted to opening fire on two people, KDVR reported.

Thompson also told police her boyfriend “was not mentally stable” and hadn’t been the entire time she knew him, Trujillo said. Close’s girlfriend said he also had been diagnosed with depression and a personality disorder, but had not sought treatment, the officer testified, New York Post reported.

Thompson said Close had a history of abusing drugs, including cocaine, and had recently started drinking again after three years of sobriety, according to Trujillo’s testimony.

Close, who has no prior criminal history, is due back in court on May 10, the Denver Post reported.