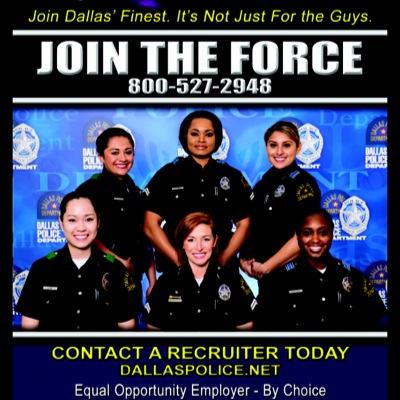 It was a brief appeal in a news conference yesterday: “We’re hiring,” said Dallas Police Chief David Brown. “Get off that protest line, and put in an application.”

But already, people are taking the chief up on the offer.

In the days since the attack on officers, the Dallas Police Department’s recruiting team has received a flood of calls. On their Facebook page they wrote, “Thanks for everyone’s interest in wanting to apply with our department. We will respond to all calls and emails as soon as possible.”

Law Officer has been told by sources that within days of the murder of five police officers, the Dallas Police Department received over 800 inquiries to be a Dallas Police Officer.  Information on the testing can be found here.

Law Officer is the only major law enforcement publication and website owned and operated by law enforcement. This unique facet makes Law Officer much more than just a publishing company but is a true advocate for the profession.
Tags: headlineNews