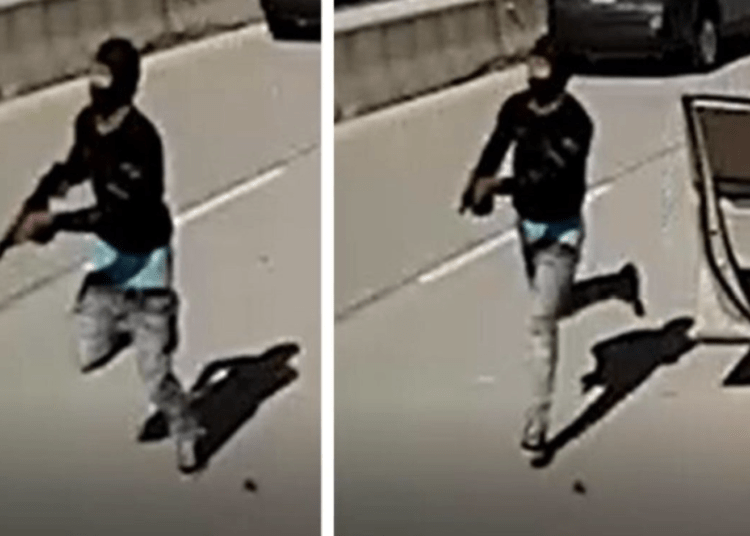 DALLAS — Dallas police said Wednesday they have arrested a 21-year-old man and charged him with the murder of Dallas rapper Mo3.

The 28-year-old performer, whose real name was Melvin Noble, was gunned down Nov. 11 on Interstate 35E near Marsalis Avenue, NBCDFW reported.

Dallas police said Noble was driving northbound on I-35E near Clarendon Drive when he was approached by a man in a dark-colored vehicle.

For reasons not yet made clear in the investigation, Noble stopped on the freeway and the man in the other vehicle got out of his car with a gun and began walking towards Noble’s car, according to NBCDFW.

Noble then got out of his car and began running south along the freeway, according to police.

The armed man chased Noble and fired several shots in his direction, striking him at least once, police said. Noble was taken to a nearby hospital where he was pronounced dead.

Images released by police appear to show an armed man emerging from a black car – possibly a Chevrolet Camaro – wearing a black long-sleeved shirt and blue jeans. According to law enforcement, the gunman also shot a bystander who was sitting in his car.

The bystander was hospitalized with injuries that were not life-threatening.

“It has to be, I mean, you think of the location and all the people who could be standing around, or the other innocent people who could have been seriously injured,” said Mitchell shortly after the homicide. “I don’t know a better word to describe it other than brazen. I mean, broad daylight. Several cars around. They could care less who else might be injured. Gunfire that could go astray.”

Investigators arrested Kewon Dontrell White on Wednesday. The accused gunman was taken into federal custody for Prohibited Person in Possession of a Firearm. He is also facing a murder charge. His bond for the murder charge will be set at a later date, NBCDFW reported.

Noble had more than 800,000 followers on his Instagram page and was best known for a 2019 remix of the song “Errybody,” with Baton Rouge, Louisiana, rapper Boosie Badazz.