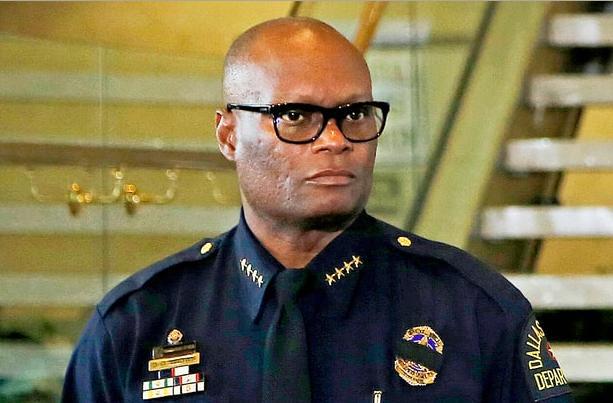 Fox 4 News asks the question, What will Chief David Brown do once he retires? The outgoing Dallas Police Department chief met with reporters Thursday for the first time since announcing his retirement.

Brown was dressed in a suit and tie instead of his usual police uniform for the press conference. He said he’s received several future opportunities over the past week and he’s weighing his options, but he isn’t ready to talk about them yet.

For now he will to stick to the gym, playing golf, biking and spending time with his family.

Brown became a DPD officer 33 years ago to help the crack cocaine epidemic in Oak Cliff, where he grew up. He’s served as chief for the past six years despite the average tenure for chiefs being only three years.

Earlier this year police associations criticized him because of a spike in crime and low department morale. They even called for his resignation when he assigned more officers to work the streets to address the city’s high murder rate.

But his legacy will likely stem from the deadly ambush that killed five officers in Downtown Dallas. He was nationally recognized and praised for his leadership. On the night of the shooting, he and his team made the unprecedented decision to take down a suspect with a robot loaded with explosives.

Brown said was starting to hear whispers that he was untouchable because of the July 7 shooting and that made him uncomfortable. He admitted the national notoriety felt self-serving and “was distasteful to me.”

He hopes he instead leaves behind a legacy of inspiring inner city kids to become police officers in the neighborhoods.

“To the young people becoming police: ‘Don’t quit on me. Finish what you’ve started, especially people of color,’” he said.

Brown also dispelled rumors that he’s been considering retirement for the past year or that he made the decision just because of the July 7 shooting. He thanked the community and described taking the uniform off as “an emotional rollercoaster.”