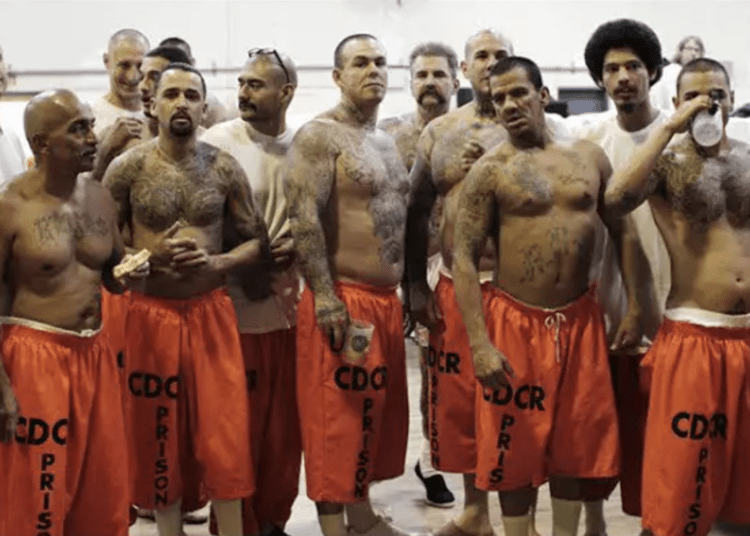 The overwhelming majority of armed career criminals had prior convictions for violent offenses.

The article is part of an ongoing series addressing repeat-violent-career criminals.

The data below is from the United States Sentencing Commission addressing repeat-violent federal offenders. The lessons are equally applicable to state criminals.

There are vast differences between federal and state justice systems (explained below).

The report is an overview of the worst of the worst; inmates falling under the federal Armed Career Criminal Act.

The ACCA requires a 15-year mandatory minimum term of imprisonment for offenders who have three or more prior convictions for a “violent felony,” a “serious drug offense,” or both.

Section 922(g) criminalizes the possession, receipt, or transport of a firearm by certain prohibited persons.

The US Sentencing Commission (among many others) has found that criminal history (and violent criminal history) strongly predict future criminality and reincarceration, Federal And State Recidivism.

No Parole For Federal Offenders

Federal offenders serve 85 percent of their sentence (except for those who predate the law in 2000).

US Sentencing Commission (edits for brevity-reliability)

It provides an overview of the ACCA and its implementation. It also includes information on offender and offense characteristics, criminal histories, and recidivism of armed career criminals.

The overwhelming majority of armed career criminals had prior convictions for violent offenses.

In fiscal year 2019, 83.7 percent of armed career criminals had prior convictions for violent offenses, including 57.7 percent who had three or more such convictions (emphasis added).

Despite the predominance of violence in their criminal history, the most common prior conviction for armed career criminals was for public order offenses, with 85.3 percent having at least one such prior conviction.

More than half (59.0%) of armed career criminals released into the community between 2009 and 2011 were rearrested within an eight-year follow-up period.

When armed career criminals recidivated, their median time to rearrest was 16 months and the most serious common new offense was assault (28.2%).

In comparison, only 36.4 percent of armed career criminals with prior drug trafficking convictions and no prior violent convictions were rearrested during the study period, but there were only 12 such offenders.

Litigation surrounding the ACCA appears to have impacted the number of armed career criminals sentenced during the time period studied. The provisions in the ACCA generate a great deal of litigation regarding which convictions under federal and state statutes qualify under the Act.

Noteworthy is the litigation culminating in the Supreme Court striking the residual clause as unconstitutionally vague in Johnson v. United States that effectively narrowed the criteria for predicate convictions.

That doesn’t mean that repeat-violent federal offenders are not recipients of long prison sentences.

There are considerable differences between the federal and state correctional systems.

There are also differences between the arrest priorities of federal and state law enforcement efforts.

Federal Prisons: Most inmates in the federal prison system serve 85 percent (or more) of longer sentences, which makes an older age upon release a factor in reduced federal recidivism. Federal recidivism is much less than state recidivism. Age plus criminal history are the two primary variables when calculating recidivism.

Drug offenses were the most prevalent offense type of prisoners in federal prison on September 30, 2014.

Prisoners with a drug offense as the most serious commitment offense made up 49% of the federal prison population in 2014, down from 56% in 2004.

More than half of all state prisoners were serving sentences for violent offenses (704,800 prisoners or 53%), including 165,600 persons for murder or nonnegligent manslaughter and 166,200 for rape or sexual assault.

State Arrests: Nationwide, law enforcement made an estimated 13,120,947 arrests (except traffic violations). Of these arrests, 552,077 were for violent crimes and 1,643,962 were for property crimes.

Difference Between Federal And State Inmates

But regardless of the differences between state and federal inmates, the bottom line is that Commission’s data and lessons apply equally to state offenders, especially as it applies to high-risk offenders and future recidivism.

For example, per the latest Bureau of Justice Statistics data, 58 percent of state inmates are “currently” in prison for a violent crime. When you consider previous criminal histories for violent crimes (noting that most are plea-bargained to a lesser crime) or for those with multi-repeat arrests and convictions, the 58 percent number for violent state inmates is actually much higher.