The Groups Has Expressed Support For Antifa 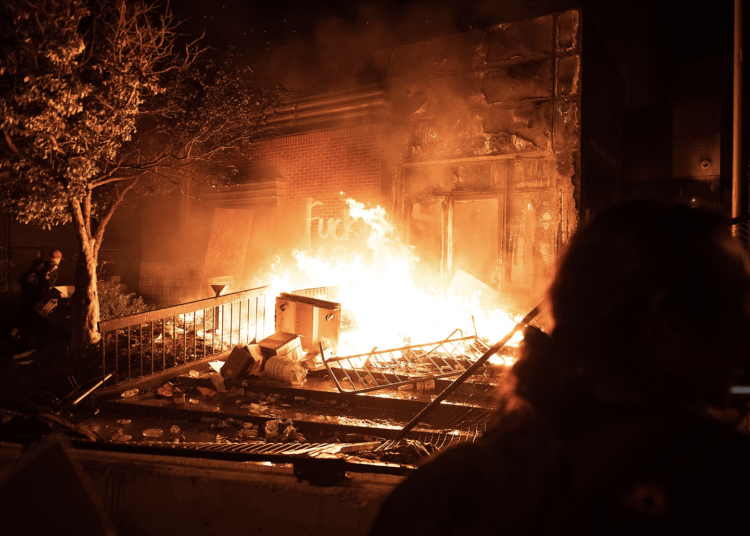 An anarchist group that has voiced support for Antifa appeared to encourage its followers to burn down police stations until “flowers grow in the wreckage” of the system.

“This is the Third Precinct in Minneapolis today,” the group CrimethInc. posted on Twitter Friday along with a picture of a Minneapolis police station that was torched during Black Lives Matter rioting. “When we say abolish the police, we don’t mean beg politicians to defund them. We mean take grassroots action to prevent them from continuing to do harm—until flowers grow in the wreckage of their system.

The post continued, “Abolishing the police means developing ways to resolve conflicts and address crises that do not depend on concentrating all coercive force into unaccountable institutions. It is a project that extends from our interpersonal relationships to mass action against state violence.” 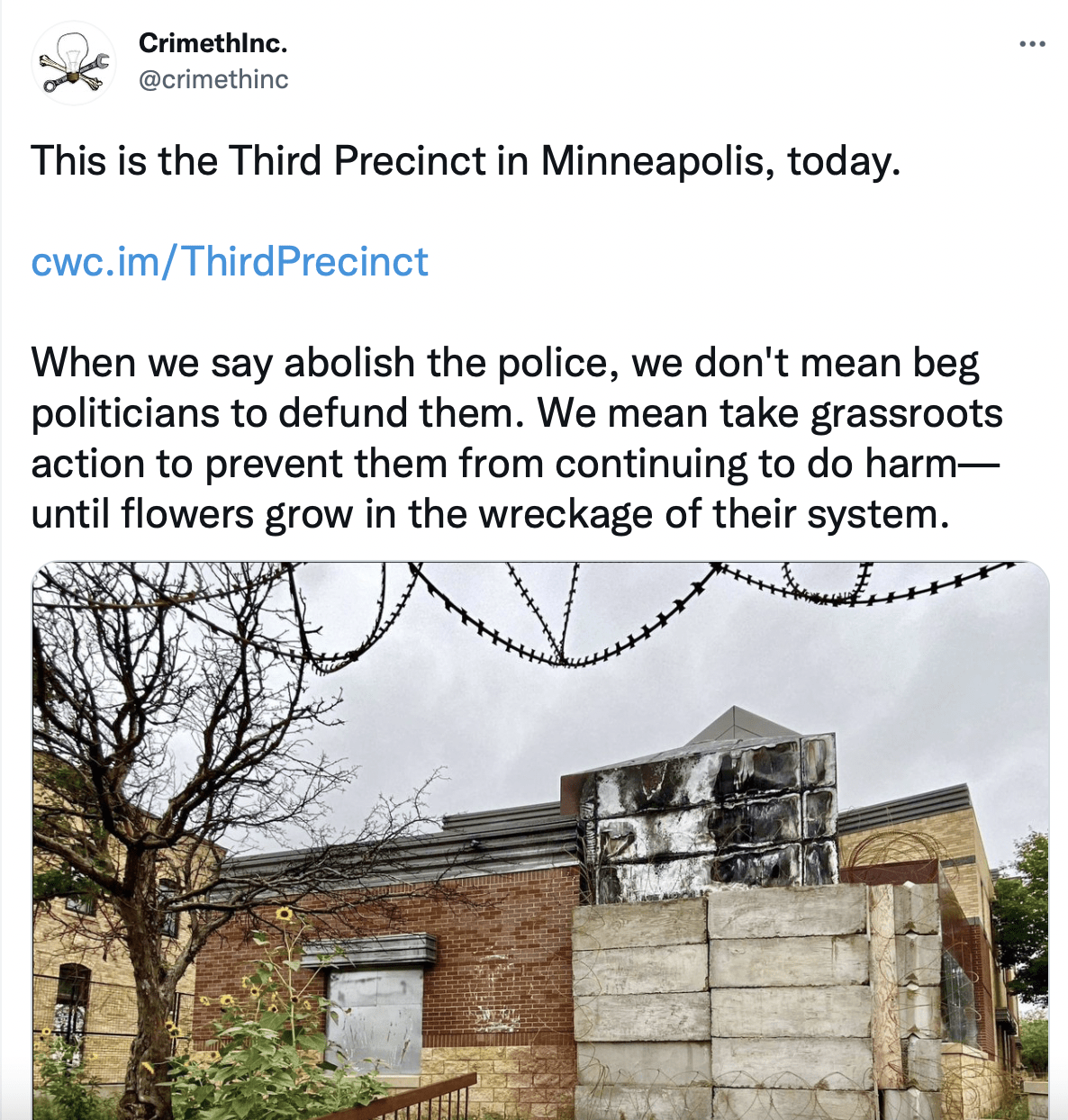 CrimethInc describes itself as “a decentralized anarchist collective comprised of many cells that act independently in pursuit of a freer world.”

The Twitter account has posted several tweets supporting Antifa protesters over the past few years according to Fox News.

On its website, CrimethInc. says that “we strive to reinvent our lives and our world according to the principles of self-determination and mutual aid,” the group’s description reads. “We believe that you should be free to dispose of your limitless potential on your own terms: that no government, market, or ideology should be able to dictate what your life can be.”