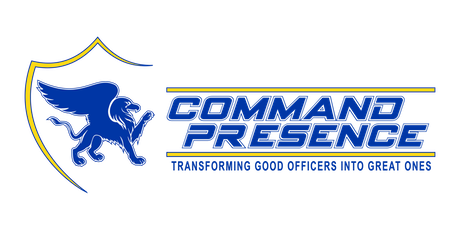 Creating A Culture Of Officer Safety

Creating A Culture Of Officer Safety

by Command Presence Training
in Training
241 16
0

Welcome to the Command Presence Column!  We are excited to work with LawOfficer.com to exchange ideas about increasing officer safety.  As you will see, each of the contributors to this column has decades of experience in the law enforcement profession and all of them are accomplished police trainers.  The purpose of this column is to do more than provide information on officer safety; that’s easy.  What we’re really seeking is your active engagement about the topics we write about.  We want to hear your ideas, your challenges, and solutions for making officers safer.  We look forward to a long relationship with Law Officer!

So let’s talk about officer safety.  I’ll start by asking you the same question I ask at the beginning of most of our training classes.

“Does your agency have a CULTURE of officer safety?”

Depending on the audience, I get wildly different answers.  If I’m talking to line officers, I hear a lot of grumbling combined with a general consensus, that no, they don’t have an organizational culture of officer safety.  However, when I ask the same question to Chief’s and Sheriff’s, they overwhelmingly answer with a confident “Yes!”, we have a CULTURE of officer in our agency”.  For those who reply that their agency has a culture of safety, I ask them “What evidence do you have that supports that?  What examples can you provide that demonstrates that officer safety is part of your culture?”  As you may have guessed, the response is often silence.  You can’t just say you have a culture of safety, there should be some supporting proof that it exists.

How do we create a culture of officer safety in our agencies?  For starters, we must first understand the biggest threats to officer safety.  If you don’t know the threats, then it’s impossible to do anything to minimize our exposure to them.  So what are the biggest risks to officer safety?  The Deadly Calls and Fatal Encounters Report published in August of 2016, studied 684 Line of Duty Deaths (LODD’s) that occurred from 2010-2014 (5 year period).  The research focused primarily on LODD’s that occurred on dispatched calls and sought to determine if there were common themes that existed when responding to a specific type of call for service.  Not surprisingly, the researchers found several commonalities among officers who were killed.  We are going to discuss those in greater detail in future columns.  However, the researchers could not ignore that calls for service were not the primary cause of LODD’s; it was something else.

If you’ve been reading Law Officer for a while or you are familiar with the Below 100 program, you won’t be surprised that the leading cause of LODD’s were vehicle related incidents.  Of the 684 cases studied, 272 (42%) of the LODD’s were vehicle related (automobile crashes, motorcycle crashes, and struck by vehicle).  Overwhelmingly, the officers involved in these incidents made decisions that contributed to their own deaths.  This isn’t new information for most.  What might surprise you is that of all the officers who died in crashes, 53% were responding to one particular type of call.  Can you guess what it is?  Many guess robbery response, burglary response, domestic response, or others.  While those are reasonable assumptions, the most frequent type of call officers were responding to when they were killed, is officer needs assistance.  Think about that!  Over half of the officers killed in crashes were responding to help another officer and never got there.  This is representative of the Culture of Speed that exists in our profession on many levels, not just vehicle operations.  It’s a culture of speed we need to combat on many fronts.

If we are going to have an honest conversation about officer safety, we have to be honest and admit, the biggest threat to officer safety is…the officers themselves.  It’s time we get real about officer safety and start to change the culture.  Next time, we’ll explore the Culture of Speed and ways we can combat it.  Police officer’s lives depend on it.

John Bostain is the Co-owner of  Command Presence, a highly acclaimed law enforcement training company headquartered in Brunswick, GA.  He is a former Police Officer, having served in patrol, narcotics, the police academy, and SWAT.  He served as a Senior Instructor for Defensive Tactics, Use of Force, and Patrol Operations for the Federal Law Enforcement Training Center (FLETC) for 13 years and was selected as the 2012 Law Officer Trainer of the Year.  He can be reached at [email protected] or on Facebook @LETrainerJBostain