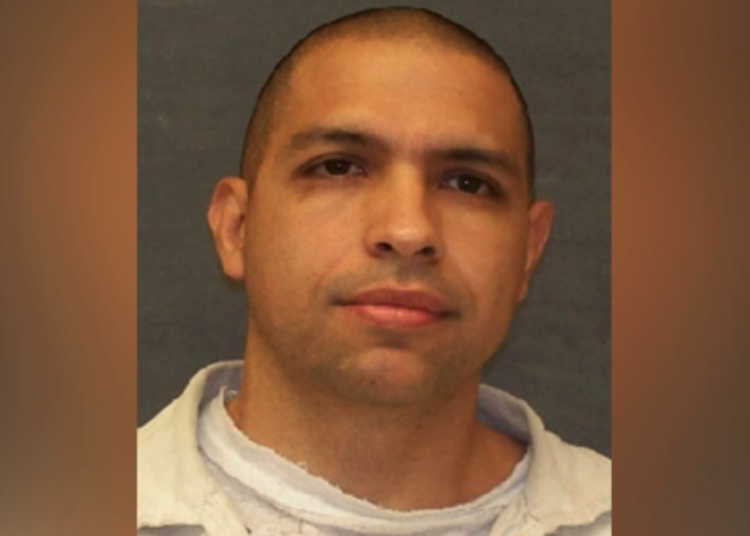 CENTERVILLE, Texas – A convicted killer escaped custody Thursday after he overpowered and stabbed the correctional officer who was driving a transport bus. A manhunt continues Friday for the fugitive, according to the Leon County Sheriff’s Office.

A spokesman for the Texas Department of Criminal Justice says the escape occurred around 1:20 p.m. as the bus was eastbound on Highway 7, KBTX reported.

The transport vehicle was traveling to Huntsville from Gatesville and as it approached Centerville, when Gonzalo Lopez “managed to release his restraints and used an unknown-type object to stab one of two guards on the bus,” according to the news outlet.

“Officer Jimmie Brinegar was in the back of the bus and Officer Randy Smith was driving the bus,” said spokesman Robert Hurst.

Lopez, 46, got into a fight with Smith and stabbed him in the hand during the confrontation.

“He stabbed Officer Smith in the left hand with some type of object. We don’t what it is. That is still under investigation. Smith struggled with him, trying to keep him from getting his service revolver, his weapon, that he had in a holster on his side and was able to keep Lopez from getting it,” said Hurst.

After the bus left the roadway and stopped, Lopez took off running into a nearby field.

Brinegar discharged several rounds in Lopez’ direction, but it’s unclear if he was hit, KBTX reported.

Lopez was serving a life sentence after being convicted of a murder that occurred in 2006 along the Texas-Mexico border. According to KXAN, he was also serving time for an attempted murder in another county.

Jason Clark, chief of staff for the Texas Department of Criminal Justice, said there were 16 prisoners aboard the bus, but no one else escaped, NBCDFW reported.

Lopez’ escape in rural Leon County — between Dallas and Houston — caused the cancelation of classes in the nearby Centerville Independent School District on Friday as a precaution, according to authorities.

The county has approximately 16,000 residents.

The Leon County Sheriff’s Office said several agencies were involved in the search Friday, including aircraft from the Texas Department of Public Safety.

Melanie Tieperman, a Centerville resident, drove past the bus as Lopez made his escape. She said the inmate jumped a fence and ran toward a home.

“Everyone’s pretty nervous. They’re locking all their homes and doors,” she said.

Tieperman said while seeing prison buses drive through town is not new, this is one incident that will stay with her.

“I’ve never really paid attention to those buses going down the road but I guarantee you I probably will be from here on out,” she said. “You don’t think about all the safety issues that you could deal with but really makes you start thinking.”

Smith is expected to recover from his injuries, authorities said.

According to the state’s prison records, Lopez was most recently being held at a facility in Gatesville, more than 100 miles from where authorities are searching, NBCDFW noted.