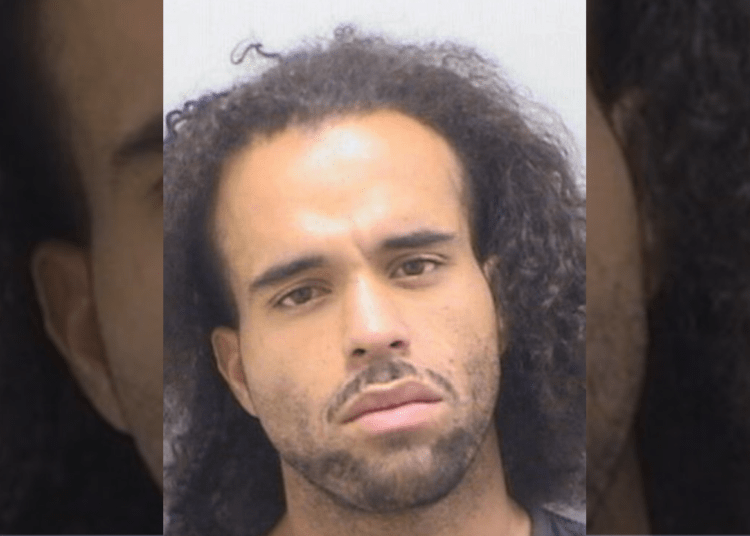 DENVER – The United States Attorney’s Office for the District of Colorado announces Daron Marquel Ellis, 29, of Aurora, was sentenced to 23.5 years in federal prison on Monday after pleading guilty to attempted murder in the second degree of a federal officer and brandishing a firearm during a crime of violence.

According to the plea agreement in the case, Daron Marquel Ellis came to the attention of law enforcement on December 8, 2021, when a Colorado State Patrol trooper attempted to stop a vehicle Ellis was driving on Highway 34 in Larimer County for speeding. Ellis initially stopped the car and got out without being asked to do so. The trooper directed Ellis to get back into the car and discussed the reason for the stop with him. The trooper learned the license plate on the car was stolen. The trooper asked Ellis to get out of the car. At that point, Ellis fled at a high rate of speed up winding mountain roads. The trooper followed the vehicle for a short period of time before ending the pursuit, according to a press release from the U.S. Attorney’s Office.

Rocky Mountain National Park (RMNP) rangers received information from dispatch about the car involved and that the car may be heading towards RMNP. A law enforcement ranger, who is employed by the National Park Service, was on duty that day, dressed in his standard uniform. The ranger received the information, got in his law enforcement patrol vehicle and waited in the vicinity of Fall River entrance to RMNP.

At approximately 10:15 a.m., the ranger saw a vehicle matching the suspect vehicle description enter RMNP. As soon as the ranger recognized the car, he activated his emergency lights. By that point, the defendant’s vehicle attempted to evade the ranger by driving on the shoulder of the road and came to a stop after hitting several boulders that were just inside the boundary of RMNP.

When the ranger got out of his marked law enforcement vehicle, he pulled his duty pistol and ordered the occupants of the car to show their hands. At that time, without provocation, Ellis began firing at the ranger using a 9mm semiautomatic handgun. Ellis shot the ranger on the left side of his torso in an area protected by the ranger’s ballistics vest. The Federal Bureau of Investigation’s Evidence Response Team subsequently determined that a bullet entered the rear driver’s side column of the ranger’s vehicle in the same location where the ranger moved to take cover. Ellis fired multiple rounds at the ranger and remained in the car the entire time he was shooting at the ranger. The law enforcement ranger returned fire when he knew his life was in danger and hit Ellis. Ellis eventually surrendered and was taken into custody. The ranger had a bruise approximately 10 inches in diameter on the left side of his chest where he was shot, the U.S. Attorney’s Office said.

“To shoot at and try to kill a peace officer is a particularly egregious crime that will be punished with significant time in federal prison,” said U.S. Attorney Cole Finegan. “We wish the National Park Service ranger the very best as he continues his recovery from this incident.”

“Any assault on a federal officer warrants FBI attention, and personnel from FBI Denver were immediately dispatched to this incident in Rocky Mountain National Park,” said FBI Denver Acting Special Agent in Charge Matthew Fodor. “The National Park Service ranger performed his duties admirably and courageously as the gunman attacked. We are proud to assist in this prosecution and see this assailant receive justice.”

According to Rocky Mountain National Park Superintendent Darla Sidles, “Today’s sentencing brings important resolution to the attempted murder of one of our valued law enforcement rangers at Rocky Mountain National Park and allows us to focus on healing.  We owe a great debt of gratitude to this ranger and all National Park Service law enforcement rangers who sometimes must contend with serious crimes that do not stop at the park boundary.  We express our deep appreciation to all who were involved with the investigation and securing this conviction including NPS rangers, the FBI, the Estes Park Police Department, the Larimer County Sheriff’s Office and the team of prosecuting attorneys.”