The Professor Has Taken A Leave Of Absence 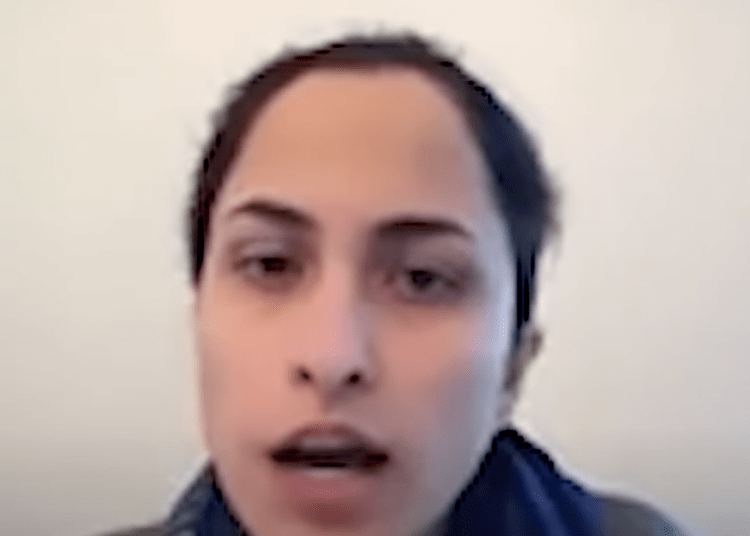 Cypress, CA. – A California college student and his communications professor had an interesting conversation during a virtual class this week after he delivered a presentation against “cancel culture” and defended police officers as “heroes.”

The educator told 19-year-old student, Braden Ellis, that police were created in the American South to track down runaway slaves and suggested that policing is inherently a form of systemic racism.

“It stems from people in the south wanted to capture runaway slaves,” the unnamed professor told Ellis.

Ellis declined to identify the instructor Friday and said he would like to maintain some privacy for her – even though video of the encounter has gone viral.

The video, first reported by the Daily Wire, shows the professor repeatedly interrupting and talking over Ellis as he tries to defend his point following a presentation.

The presentation itself is not seen in the video, but Ellis said he argued against “cancel culture” and mentioned several controversies involving TV shows and the police.

“They got canned off of TV,” Ellis told Fox News Friday. “I brought that up.”

That seemed to upset the teacher.

“A lot of police officers have committed an atrocious crime and have gotten away with it and have never been convicted of any of it,” the educator tells him.

Ellis replies that it is his own decision to choose to support police as a whole – while still condemning those who abuse their authority.

“We have bad people, and the people that do bad things should be brought to justice,” he says. “I agree with that.”

“So what is your bottom line point?” she asks. “You’re saying police officers should be revered, viewed as heroes? They belong on TV shows with children?”

“I think they are heroes, in a sense, because they come to your need and help you,” he replies.

He asks the professor if she would call police if someone broke into her home and was armed with a knife or a gun.

“I wouldn’t call the police,” she replies.

“Why wouldn’t you call the police?” Ellis counters.

“I don’t trust them,” she says. “My life’s more in danger in their presence…I wouldn’t call anybody.”

She also said she wouldn’t have a gun of her own and said the conversation was over, although another student, who had disagreed with Ellis’ views on cancel culture and the police, defended his right to voice them.

Ellis remains enrolled in the class. He said neither the teacher nor the school had reached out to him since the incident, and he expects to see her again during the next class on Monday.

Late Friday, Cypress College issued a statement on the matter:

Cypress College takes great pride in fostering a learning environment for students where ideas and opinions are exchanged as a vital piece of the educational journey. Our community fully embraces this culture; students often defend one another’s rights to express themselves freely, even when opinions differ. Any efforts to suppress free and respectful expression on our campus will not be tolerated.

The adjunct professor will be taking a leave of absence for the duration of her assignment at Cypress College. This was her first course at Cypress and she had previously indicated her intention to not return in the fall.

We are reviewing the full recording of the exchange between the adjunct professor and the student and will address it fully in the coming days.