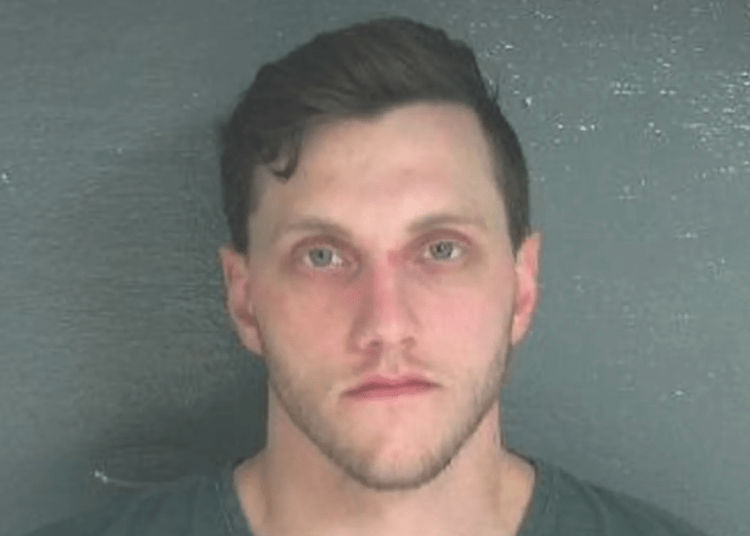 PAW PAW, Mich. – A Michigan man is accused of intentionally hitting a woman with his vehicle so he could have sex with her body, prosecutors have alleged, according to reports.

Colby Martin was previously charged in September with manslaughter and concealing a body. Now he faces an additional charge that has a morbid twist.

On Wednesday, Martin, 29, was arraigned in Van Buren District Court on the newly filed charge of murder, WMMT reported.

Martin is accused of striking the 64-year-old woman, who was out for her daily walk, with his vehicle near the Oak Shores Campground on Sept. 20. He then moved the body to a wooded area where he allegedly committed sex acts, according to Van Buren County prosecutors.

Martin led investigators to the site the following day, the news outlet reported.

Prosecutors upgraded the criminal charges against Martin this month after examining DNA evidence as well as his online search history.

Martin’s pickup truck had severe front-end damage when investigators first encountered him at a Walmart in Oshtemo Township the day following the lecherous homicide. He was also in possession of the victim’s cell phone as he reportedly made attempts to conceal additional evidence linking him to the crime, according to the news outlet.

The criminal defendant was originally released on a $300,000 bond. However, he was re-arrested several days ago at his girlfriend’s home in Big Rapids.

Martin was booked at the Van Buren County Jail and denied bond on the murder charge.