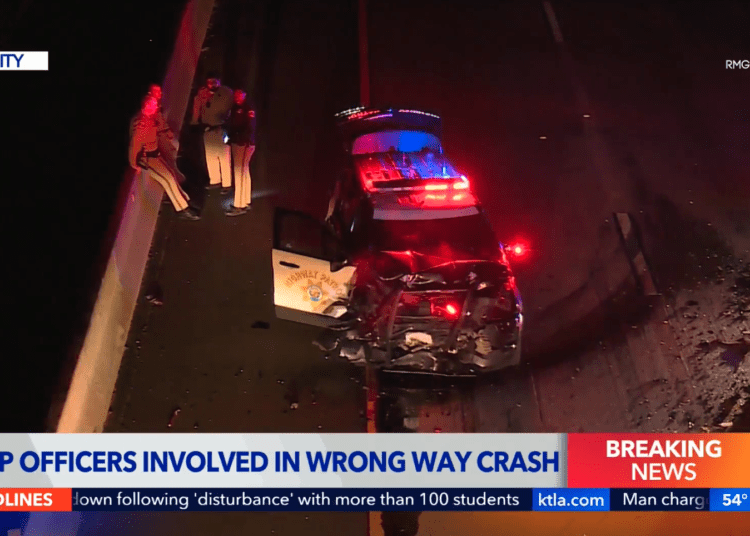 LOS ANGELES – A wrong-way driver barreled into a California Highway Patrol vehicle as it was running a traffic break on the 10 Freeway in Los Angeles Thursday morning, according to a report.

A CHP spokesperson said the crash occurred about 2:15 a.m. between Crenshaw Boulevard and Arlington Avenue when a blue BMW was traveling eastbound in the westbound lanes and struck a patrol unit in a head-on collision.

After being freed by first responders, the driver of the BMW was transported to a nearby hospital in stable condition, according to the CHP spokesperson. 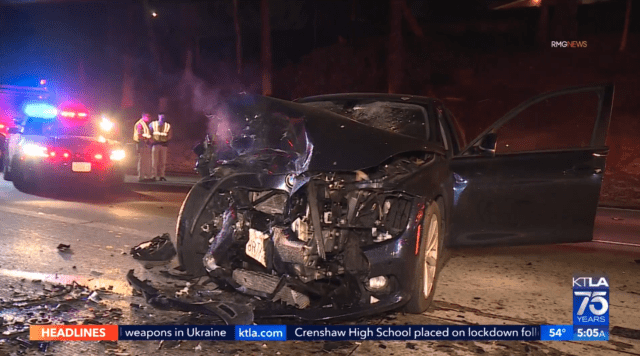 Two officers sustained unspecified minor injuries as a result of the wreck, the CHP confirmed.

Video from the scene showed major front-end damage to both vehicles involved in the crash, KTLA reported.

A witness who identified himself as Justin exited his vehicle to check on the officers. He said one of them suffered an arm injury but the driver in the other vehicle was in worse condition.

“The other guy was unresponsive,” Justin said.