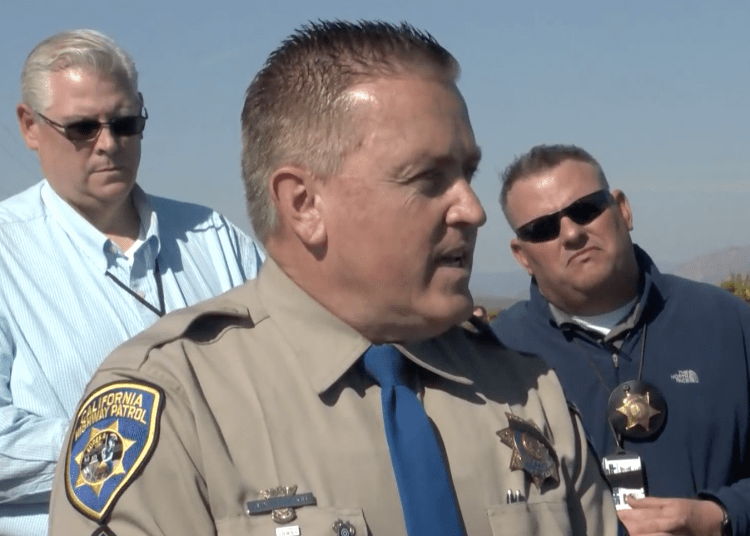 TULARE COUNTY, Calif. — A man accused of threatening people with a gun under the giant trees of Sequoia National Park in central California led police on a chase Friday and was wounded in a shootout that also injured an officer, authorities said.

A California Highway Patrol officer was hit in the shoulder and was expected to survive her injuries, according to the Tulare County Sheriff’s Office. The suspect was struck in the upper torso and was in critical condition, KTLA reported.

Sequoia and Kings Canyon National Parks officers were called Friday morning about a man brandishing a gun and threatening others on the Big Trees Trail in the Giant Forest, the National Park Service said in a statement.

Tulare County Sheriff Mike Boudreaux said the man approached a group in the park with a knife and slashed their tires before brandishing a handgun, according to KSEE/KGPE.

Then, about 10:30 a.m., an armed robbery was reported at a Chevron station in the unincorporated community of Three Rivers, according to the news organization. Three Rivers is the gateway to Sequoia National Park.

The deputies and CHP officers pursued the man’s car, and he began shooting at them through the window, authorities said. He crashed into an orchard, jumped out and ran away.

He and the CHP officer were then wounded during a shootout. The sheriff’s department later confirmed the man had been involved in the incident in the national park.