Jimena Sandoval and David Stewart were shot and killed in their apartment. The crime scene and the couple's toddlers were discovered more than two days later. 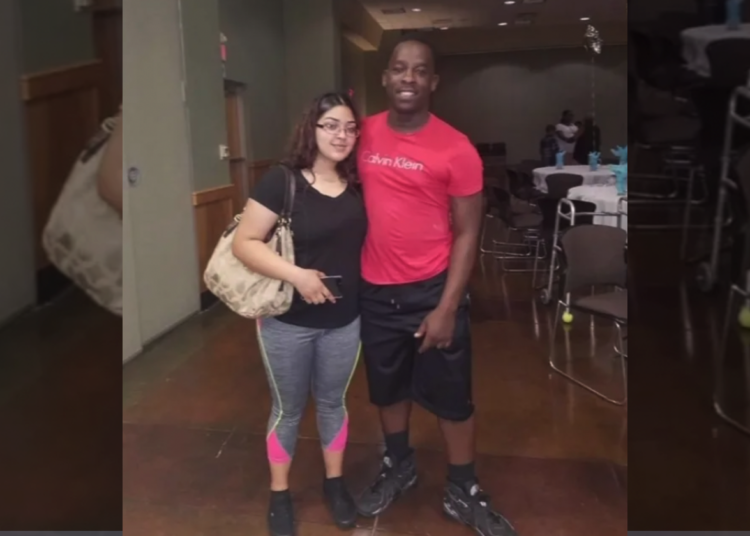 DALLAS – Officers with the Dallas Police Department found two people dead and two children unharmed inside an apartment in Northeast Dallas on Wednesday, according to authorities.

In a news release, Dallas police said officers were called at about noon Wednesday to the Northridge Court Apartments located in the 6000 block of Ridgecrest Road, NBC DFW reported.

Inside the home were the bodies of a man and a woman. Both appeared to have been shot, police said.

Two children, who police initially said were under the age of 5 years old, were also found inside the apartment but were unharmed.

On Thursday the victims were identified as 24-year-old Jimena Sandoval and 27-year-old David Stewart, according to a follow-up story by NBC DFW.

According to family members, the slain couple may have been dead inside the apartment for two days with their two young daughters — 3-years-old and an 8-month-old — inside the entire time.

On Sunday around midnight, a neighbor in the complex called police to report hearing gunshots, but no further specific details.

Officers arrived about two hours later, according to the news outlet.

”Responding officers knocked on the door several times and announced themselves as police. Officers also listened at the door for sounds coming from inside the apartment but did not hear anyone inside,” said a Dallas Police Department spokesman.

Police also checked the surrounding areas but did not observe exterior signs of a crime when no one came to the door.

“With officers not hearing or seeing any signs of anyone inside the apartment or a sign of a disturbance, officers cleared the call and went back into service,” the spokesperson said.

Wednesday, officers returned to the apartment and “the oldest daughter’s the one who opened the door,” Faz said.

Hence, officers made the horrible discovery along with the children who were unattended, NBC DFW reported.

Dallas detectives on Thursday discovered the couple’s car, a 2014 Black Nissan Sentra, Texas License Plate HNT9708, was missing from the parking lot. Police believe the suspect may have taken the vehicle.

Family members are now caring for the couple’s children, Faz said. “We need to remind her daughters what a beautiful person she was.”

Investigators are asking anyone with information about the homicides to contact Det. Yahir Perez at [email protected] or 214-671-4735.

Crime Stoppers is also offering a $5,000 reward for information that leads to an arrest and indictment in the case. Tips can be made by calling 214-373-TIPS between 8 a.m. and 5 p.m. Monday through Friday.