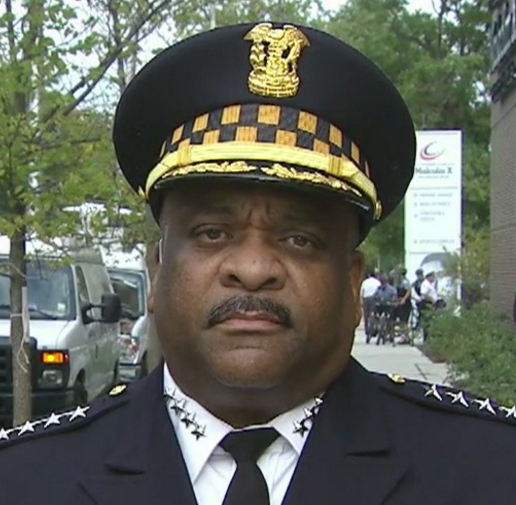 Chicago Police Superintendent Courageously Rolls Back His Use Of Force Policy

Chicago Police Superintendent Courageously Rolls Back His Use Of Force Policy

Chicago Police Superintendent Eddie Johnson’s decision to roll back his proposed changes to the use of force policy is exactly the common sense approach that law enforcement needs those in leadership positions to do for our profession.

In October we reported on Johnson’s proposal that included language more restrictive than the U.S. Supreme Court which we felt did not give any leeway to officers facing tense and stressful situations.

The old draft policy mandated that officers must use only the least amount of force needed in any situation despite the Supreme Court dictating that force must be “objectively reasonable.”  On the surface, using the “least amount of force needed” makes sense until every reporter and activist analyzes the use of force with their pause and rewind button.  The exact thing that the court warns us not to do in judging the actions of officers.

Thankfully, the language has been revised to reflect what the court says….”force must be objectively reasonable.”

The old requirement that police use force “only when no alternative appears to exist” has been taken out as well.

The mandate to “de-escalate” has also been softened in the new draft policy saying that it should only be done “when it is safe and feasible.”

The changes come after a Chicago officer almost died when she failed to use appropriate force because she feared public scrutiny and after Chicago cops were assaulted at a record rate in 2016.  Proactive stops by Chicago Police were down as much as 90% last year with a record homicide rate.

I’m not sure what prompted these positive changes but they are sure to bring the critique from those that know absolutely nothing about the profession.

The Courageous Leadership Seminar describes what a courageous leader looks like in several areas with policy being one of them.  I applaud Johnson for making this move because there is immense pressure on our leaders to cave into political correctness when it places the safety of the officers and the public at risk and there is no question that both of those issues currently exist in Chicago.

What Superintendent Eddie Johnson did was courageous as a leader because the uninformed will bruise his reputation but after the chatter subsides, all he did was comply with the United Supreme Court, which seems to be a good and valid thing to do…..unless you are trying to run a police department.

Travis Yates is a writer and editor at Law Officer. An ILEETA Trainer of the Year, his Seminars in Risk Management, Leadership & Officer Safety have been taught across the world and are highly sought after. Travis is the author of "The Courageous Police Leader: A Survival Guide for Combating Cowards, Chaos & Lies (www.stopcowards.com). He is a current Doctoral Student in Strategic Leadership, a graduate of the FBI National Academy and current police commander.
Tags: chicago policedeescalationexclusivepolicyuse of force