Suspect in custody after Chicago officer shot on West Side

byLaw Officer
in News, On Duty 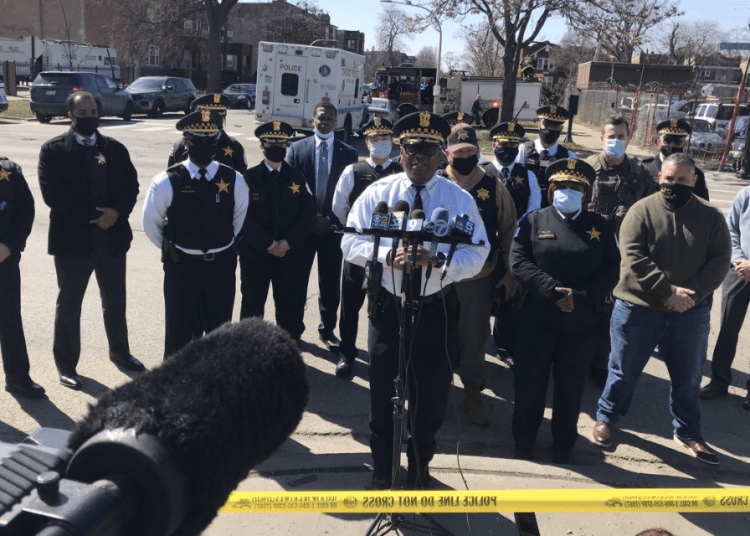 CHICAGO — A Chicago police officer was hospitalized after being shot on the city’s West Side. The suspect was taken into custody after a standoff with SWAT.

Officers saw cars speed away as they responded to a ShotSpotter alert earlier in the morning near Lake Street and Cicero Avenue, Chicago Police Supt. David Brown said. While investigating the initial report of gunfire, a gunman fired shots at the officers, striking an officer in the left hand, Chicago Sun-Times reported.

She was taken in a squad car to Mount Sinai Hospital, police said. Her wound was not considered life-threatening.

As more units arrived to search for the shooter and officers began to tape off the area, the gunman fired again — this time from an elevated first-floor window of a building in the 200 block of North La Crosse Avenue, police said.

Officers returned fire but did not hit the suspected gunman, who then holed up inside a three-flat apartment building, Brown said. Officers were able to evacuate some people from the building, whom Brown called “innocent bystanders” that were just at home.

A SWAT team was called to respond and the suspected gunman was taken into custody by 2:20 p.m., according to CPD spokesman Tom Ahern.

The suspect surrendered himself without incident and a firearm was recovered, Brown said.

A second police officer was not shot but was taken to the hospital, WGN reported. The officer was suffering chest pains, according to Brown.

SWAT Officers have taken the suspect into custody and a firearm recovered. pic.twitter.com/A4hssAmaOe

The officer who was shot is the third from the police department to suffer a gunshot wound in a week and the 16th officer to be shot at or shot this year. Brown said she was in “good spirits” but still experiencing a lot of pain. The officer was released from the hospital Saturday afternoon, Ahern said.