The wounded deputy is reportedly in critical condition 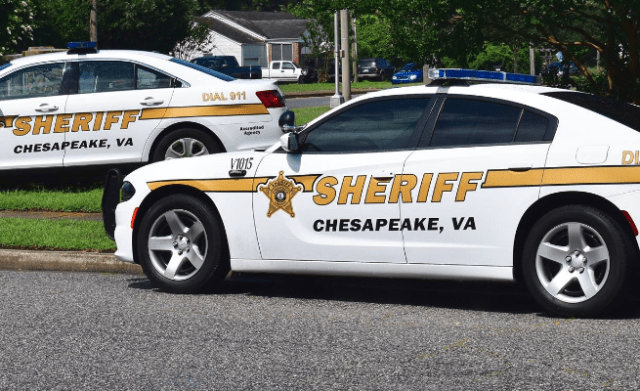 HAMPTON, Va. — A sheriff’s deputy was seriously wounded and a man wanted in connection to a Christmas Day homicide was fatally shot Wednesday as law enforcement personnel tried to take him into custody, according to a report.

A U.S. Marshals Service Task Force comprised of federal, state and municipal LEOs followed the suspect driving in a vehicle with the intention of arresting him for the Dec. 25 murder of his wife, the Daily Press reported.

However, the vehicle stopped at the intersection of Big Bethel Road and Todds Lane at 11:20 a.m. and the suspect opened fire on police personnel, Hampton Police Chief Mark Talbot said at an early afternoon press conference.

“The task force officer is in surgery as we speak,” Talbot said, adding that he’s in critical condition, the Daily Press reported.

The gunman was dead upon his arrival at the hospital, according to the chief.

The Chesapeake Sheriff’s Office identified the wounded deputy as 55-year-old Scott Chambers. A department spokeswoman said Wednesday afternoon that he was out of surgery about 3:30 p.m. at Riverside Regional Medical Center. However, he remains in critical condition.

Law enforcement sources said the deceased gunman is 46-year-old Lamont Lee Lewis. He was a suspect in a Dec. 25 homicide on Hampton’s Twin Lakes Circle.

Police sought Lewis on second-degree murder and related charges in the slaying of his wife inside a residence.

Lamont Lewis and Tivona Fogg, 45, were married Oct. 15, 2021. The couple lived together in the apartment at the time of Tivona’s death, according to her daughter, Imani Cobb.

Chesapeake Sheriff Jim O’Sullivan said Chambers suffered two gunshot wounds, one in the upper body and one in the lower body. He has been a Chesapeake deputy for about four years and assigned to the task force for about a year, although he’s been in law enforcement much longer, the sheriff note.

“Scott Chambers is a true hero. I went through the police academy with Scott almost 30 years ago,” O’Sullivan said. “He’s a lifelong law enforcement officer and one of my best friends. I’m so incredibly proud of him and the job he does every day. I ask for your thoughts and prayers as he recovers.”