A 71-year-old man has been taken into custody 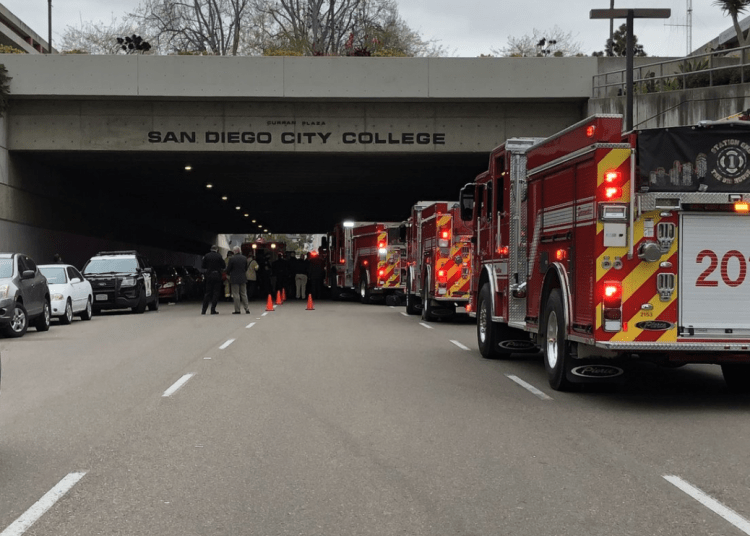 SAN DIEGO — Nine people were struck, including three fatally, when a car driven by a man believed to be impaired plowed into a street-side homeless encampment in downtown San Diego on Monday, officials said.

Three people were pronounced dead at the scene, Stowell said.

Police responded to the tunnel after getting 911 calls and arrested a 71-year-old man who identified himself as the person who was driving the Volvo involved in the collision, San Diego Police Chief David Nisleit said.

“He’s being investigated for driving while impaired,” Nisleit said of the motorist, who was not immediately identified, The San Diego Union Tribune reported.

SDFD fire chief & @SanDiegoPD chief will brief media at 10:50a on B St near 16th St regarding the traffic collision that occurred this morning and resulted in several transports to hospitals. pic.twitter.com/elMAcUNN2b

The man’s Volvo was headed westbound in the tunnel when it veered off the roadway to the right “for whatever reason” before going back into the lane as it exited the tunnel beneath the college, Nisleit said.

After hitting the pedestrians, the driver walked over to the victims and tried to render aid, the chief said.

He then identified himself as the man who was driving the vehicle while being cooperative with officers, Nisleit told reporters.

In addition to the three people killed, five others were hospitalized, including two in critical condition, New York Post reported.

Nisleit said a sixth person declined treatment at the scene, according to the San Diego Union-Tribune.

The chief said the victims appeared to be homeless.

Homeless people often take shelter in the area and tents typically line the nearby sidewalk, the newspaper reported.