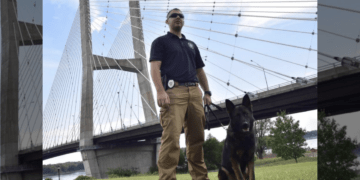 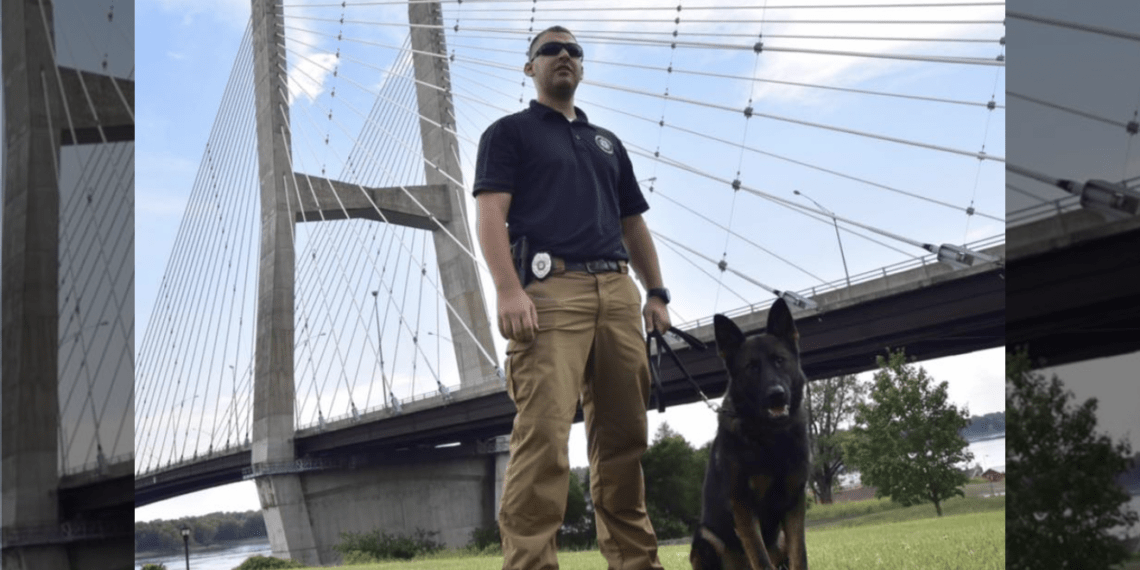 It was with heavy hearts that members of the Cape Girardeau Police Department gathered to pay their final respects to beloved coworker, K-9 Dallas, during the early morning hours of Friday, July 24th. Patrolman Steiner escorted Dallas into a local veterinarian office through the use of a specialized canine carrier as Dallas was unable to walk under his own power. Canine Dallas was flanked by mourning coworkers, family and friends as he entered the local veterinarian’s office to be euthanized.

Dallas was recently transported back from a specialist in Columbia Missouri after final attempts were made to offer Dallas a chance at a comfortable life following his recent paralysis. Dallas was diagnosed with an acute non-compressive nucleous pulposus extrusion which caused spinal failure and left Dallas in a constant state of discomfort and pain. Dallas could not walk, he quit eating and it was evident he was in constant anguish. His canine handler, Patrolman Steiner made every possible attempt to retire Dallas from duty and offer him a comfortable life in his own home before it was apparent from all veterinarian professionals consulted that euthanization was the only humane solution.

Dallas was born Christmas Eve in 2014 and he joined the Cape Girardeau Police Department on patrol on June 2nd, 2017 after an extensive training program at Riverview Canine located in Cape Girardeau. Dallas patrolled with his lifelong handler, Patrolman Steiner and was a diligent and brave canine. Dallas was just as comfortable putting on demonstrations for local charities as he was searching wooded areas for armed suspects. Dallas conducted almost 200 vehicle searches and he tracked 20 suspects who had fled from various crime scenes. Dallas was a much-loved and appreciated member of the Cape Girardeau Police Department and his presence will be missed by all who knew him.

Thank you for your loyal service to the citizens of Cape Girardeau Dallas. Rest in peace, we have your watch from here.

Donations can be made to the Cape Girardeau Police Department in Dallas’ memory. All donations will be used to support the continuing training and medical care for CGPD’s canine unit. The below link has been provided for convenient and secure donations: