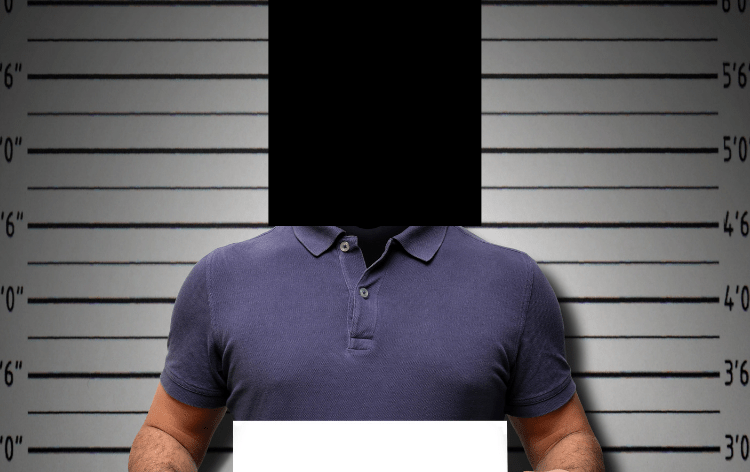 Sacramento, California – Law enforcement across California will no longer be able to post mugshots over social media following an arrest. Governor Gavin Newsom signed the new state law last week, keeping police from publicizing information on suspects who have been accused of crimes.

Assembly Bill 1475 prevents law enforcement agencies from posting mugshots of people arrested for nonviolent crimes on social media platforms like Facebook and Twitter. The bill’s author, Evan Low, D-Campbell, drafted the bill after what he described as an alarming trend where police and sheriff’s departments were posting mugshots in order to “shame” suspects, with no real public safety purpose behind the postings.

Low said that the coerced photos tended to attach guilt to the person before they have gone through due process.

“These mug shots are often unflattering and do nothing to warn the public of an ongoing public safety threat, as the suspect is already in custody at the time of posting. Instead, their purpose is to shame and ridicule,” Low wrote in a statement to the Senate Committee on Public Safety.

The King County Deputy Sheriff’s Association said that the bill takes away “a valuable tool” from law enforcement agencies “and provides another perk for being a criminal.” 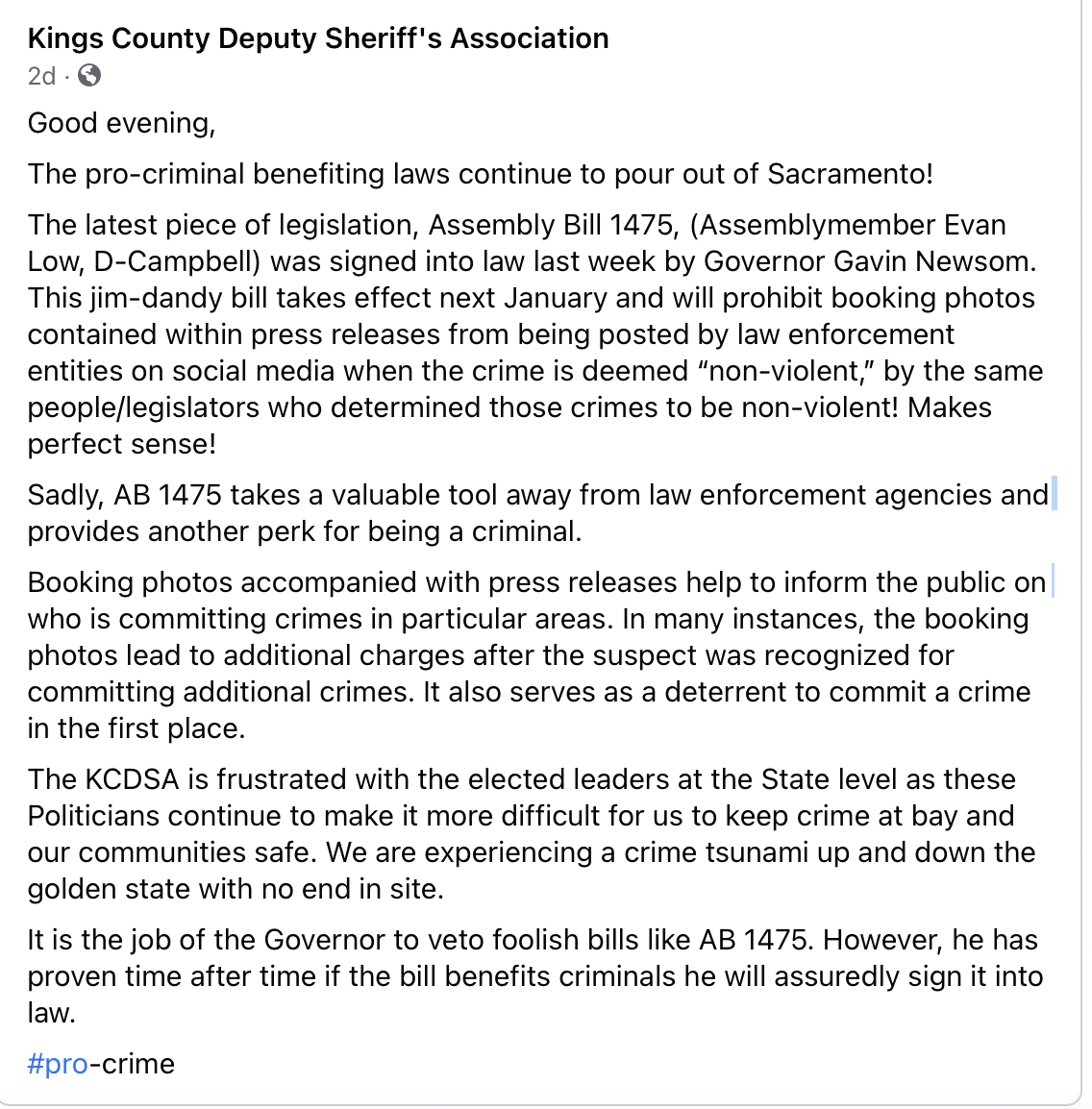 Last year, the San Francisco Police Department stopped releasing the mugshots for most people that officers arrest, with Police Chief Bill Scott noting that the change was made with racial justice in mind.

“This policy emerges from compelling research suggesting that the widespread publication of police booking photos in the news and on social media creates an illusory correlation for viewers that fosters racial bias and vastly overstates the propensity of black and brown men to engage in criminal behavior,” Scott said in a statement following the decision.

Ironically, the law does not affect anyone else from posting mugshots, which remain available through open record requests to the public.