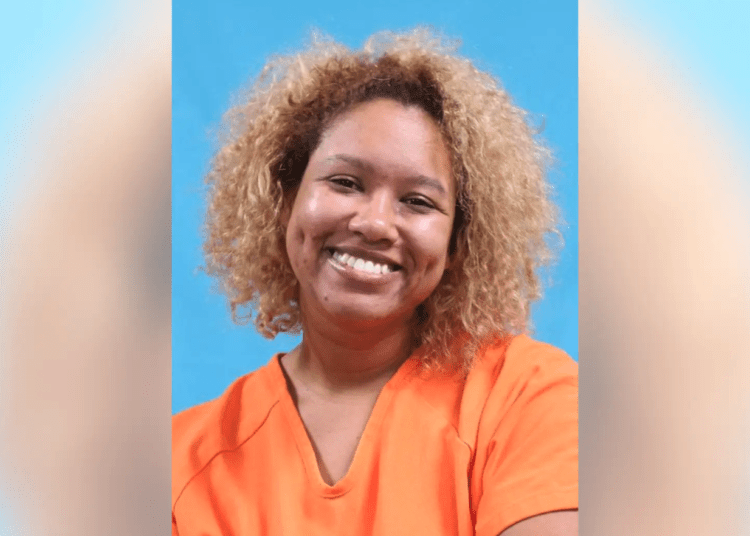 CAPE GIRARDEAU, Mo. — Police in Missouri arrested a woman who is accused of killing her boyfriend on Christmas Eve with a sword after the couple reportedly got high on meth earlier in the day.

Officers of the Cape Girardeau Police Department responded to a 911 call just after 11:00 p.m. on Christmas Eve. The call reportedly came from Brittany Wilson, 32, who said she stabbed her boyfriend with a sword,  according to KFVS.

Upon police arrival, they discovered a sword on the front lawn and Wilson’s clothing covered in blood. In the basement of the residence they located Harrison Stephen Foster, 34, dead after suffering multiple stab wounds.

According to police, Wilson said the couple used methamphetamine earlier on Christmas Eve. Moreover, she reportedly told authorities that her boyfriend had several entities living inside his body in recent months and claimed he had also been harvesting body parts from other people. As a result, she admitted stabbing Foster to set “him free” of the entities, Fox News reported.

Consequently, Wilson was taken into custody. She was booked on the charge of first degree murder and armed criminal action, according to police. Her bond was set at $2 million.