BLM Upset That Biden Has Not Met With Them, Read Their Demands Here

They Want Their Demands Met 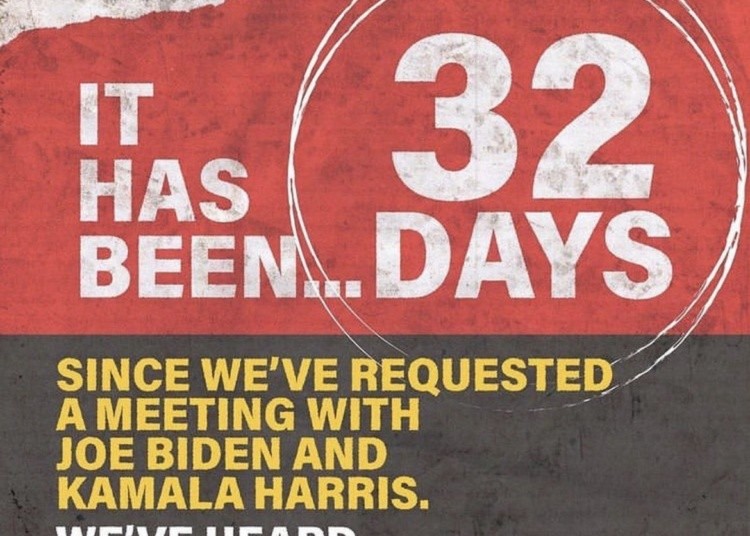 Black Lives Matter is growing weary with the Biden / Harris Administration and they haven’t even taken office yet.

After Biden met with a group last week to discuss systematic racism, Black Lives Matter went public that they were not invited and have used social media in recent weeks to express their displeasure.

You certainly can’t read any arrogance in that statement. We wonder what the great civil rights leaders of the past would have to say about a hashtag that waited years to form an organization in Delaware that reportedly spent $4.5 million in consultants, travel and compensation for its staff over the course of two years between July 2017 and June 2019 while providing just $328,000 to outside groups such as local autonomous BLM chapters.
And before the 21 year old “fact checkers” in the basement, call us “fake” they should consider that those amounts were what was reported by the organization. Considering they elected not to take IRS non-profit status, we have to believe them since their finances are not open to the public. Actions by the way that has the local chapters of BLM outraged. 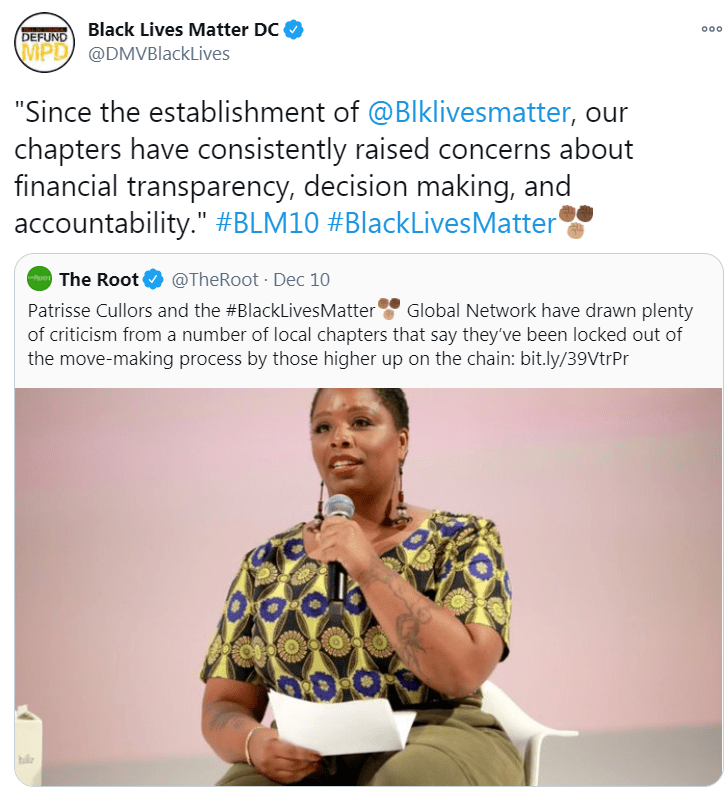 Hours after the presidential race was called, the co-founder of BLM, Patrisse Cullors, sent Biden and Harris a letter requesting a meeting.

In it, Cullors said that she would hold their administration accountable to their demands.

Those demands include passing “the BREATHE Act” in their first 100 days in office.

The Act will take away federal funds and resources from prisons and law enforcement and invest them into nonpunitive, non-carceral approaches to community safety.

That, BLM suggests will protect “Black lives — including Black mothers, Black trans people and Black women; allocate new money to build healthy, sustainable and equitable communities; and hold political leaders accountable to their promises and enhance the self-determination of all Black communities.” according to reports by the Hollywood Reporter.

Odd that their demands in the name of protecting blacks are backfiring in the cities that have embraced many of those demands. 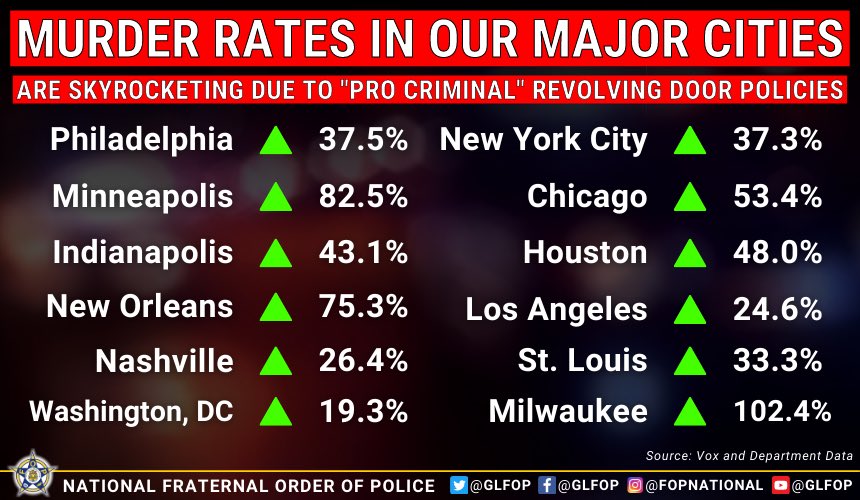 Additional demands include the immediate ending of cash bail and grant amnesty to protesters that were arrested over the summer.

Although someone that actually knows the law, would know that it was “rioters” that were arrested.

There is also a demand to pass a COVID-19 Stimulus Bill specifically to the Blacks, Latinos and Native Americans.

After all, nothing says ending racism like selecting “specific” races over others.

There are talks of reparations but what Cullors seems to be the most concerned with right now is what appears to be silence from Biden and Harris.

Despite the demands to have a “seat at the table” and an onslaught social media campaign, there has reportedly been no communication from the incoming Biden Team and Black Lives Matter.

BIDEN’S CRIME AND POLICE AGENDA IS FILLED WITH LANDMINES

In general, making demands isn’t exactly a great way to get what anyone wants. Law Officer Author Leonard Sipes says that Biden is in a proverbial hard spot when dealing with Black Lives Matter.

He knows he doesn’t have the legal authority or money to make substantial changes. He also understands that Democrats lost big via the House, Senate, and state races partially based on cops and crime. He understands that it could happen again.

Mr. Biden was a staunch supporter of law enforcement and tough on crime approaches. He’s not as confused as his remarks indicate regarding an impossible to enforce COVID national mask mandate and a willingness to cut the prison population by more than 50 percent without having the legal authority to do so.

Mr. Biden’s been around long enough to understand that you need cops to be appropriately proactive to cut violence and those arrested for crimes of violence need prison terms.

The more proactivity you create, the greater the chances of use of force issues, which is why cops are backing off and violence is increasing.

I don’t envy Joe Biden. He’s placed himself between forces crucial to his success and reelection. National commissions will not solve his problem. Yes, allied advocates will insist that violence is down or greatly exaggerated or that Americans should be ashamed for their unrealistic fear of crime, but per polls, no one believes them.

To do that, Mr. Biden needs the support of appropriately aggressive-proactive cops. For that to happen, they need community understanding.

In the minds of thousands of cops leaving the job or refusing to be proactive after intense criticism, no justice, no peace.

Law Officer is the only major law enforcement publication and website owned and operated by law enforcement. This unique facet makes Law Officer much more than just a publishing company but is a true advocate for the profession.
Share—and speak up for law & order...
Tags: black lives matterPatrisse Cullorsprotestsriots

Anti-Trump activist arrested after allegedly inciting violence inside the Capitol