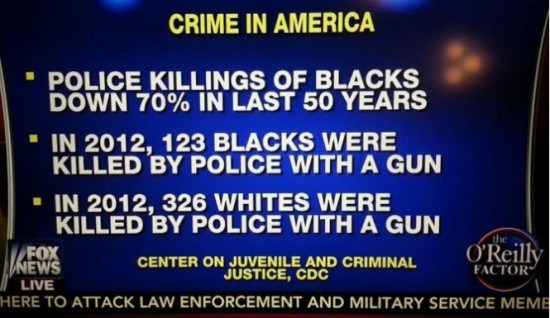 The Black Lives Matter movement has been feted repeatedly at the White House and honored at the Democratic National Convention. Hillary Clinton has incorporated its claims about racist, homicidal cops into her presidential campaign pitch.

The recent assassinations of police officers in the name of Black Lives Matter ideology have not slowed down the anti-cop demonstrations or diminished the virulent hatred directed at cops during those protests.

And more recently, San Francisco 49ers quarterback Colin Kaepernick refused to stand for the National Anthem to protest the country’s treatment of black people, while pop singer Beyonce has made the movement the focal point of her performances.

Yet the Black Lives Matter movement is based on a lie, and not just the lie that a pacific Michael Brown was gunned down in cold blood by Ferguson, Mo., police officer Darren Wilson in August 2014.