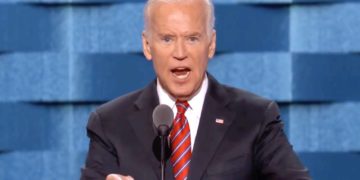 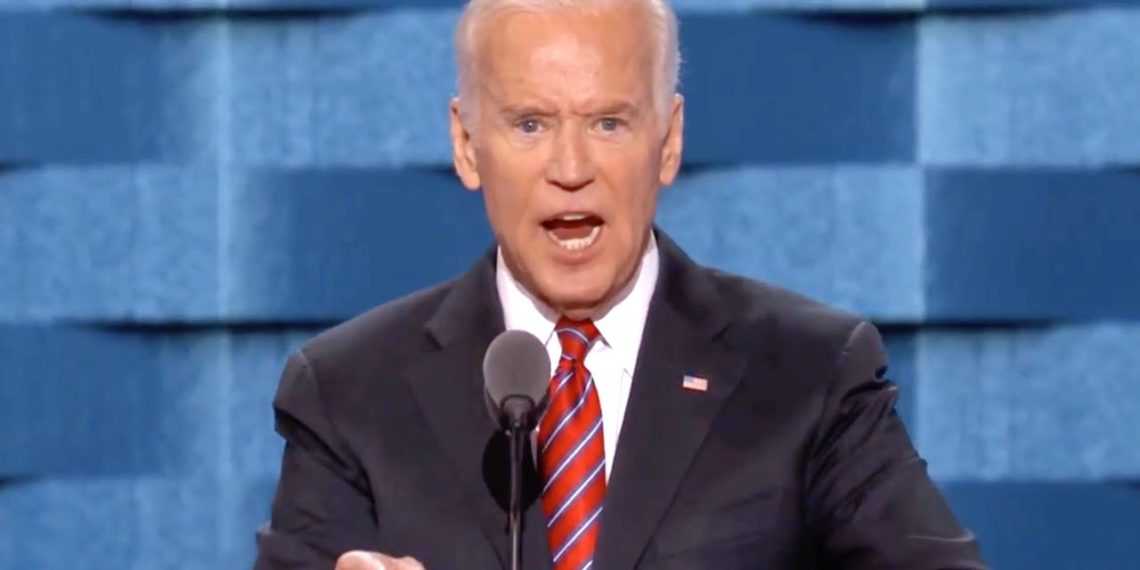 Past Quotes From Joe Biden:

“Violent crime is as real a threat to our national security as any foreign threat.”

“The American people believe we have waged war on crime and failed.”

“As most old-line Democrats view it, the only ways we can deal with violence will have a negative impact on civil rights and liberties. … I think that’s malarkey,”

Article (quotes below rearranged for brevity).

Believe it or not, this isn’t a political article. For those of us who have spent decades in the justice system, it’s a reminder that things change. We modify the positions we took decades ago.

Joe Biden served in the United States Senate since 1973 and was Vice President for eight years under President Obama. He’s been around long enough to deserve our attention in his third effort to become president. Anyone in politics that long is going to alter their opinions on a variety of matters.

But in this case, the difference is monumental.

Per the Washington Times on the first debate, Former Vice President Joe Biden stood silently at the podium after President Trump challenged him to name one law enforcement group that has endorsed him. “Who do you have? Name one group that supports you.” Biden demurred, saying they didn’t have time for him to answer the question. “Name one law enforcement group that came out and supported you,” the president demanded again. I don’t think there are any, Washington Examiner.

The former Senator and Vice President was a vocal and staunch supporter of law enforcement during previous decades. But beyond a reference to community-based policing, there is nothing on his website stating support for the country’s 700,000 cops, JoeBiden.Com/Justice.

The website promises an array of “progressive” approaches to crime and justice and considering polls indicating that people want change in America’s justice system, his approach makes political sense.

Nearly 2 in 3 Americans said that they support nationwide protests for racial justice and widespread law enforcement reforms in the wake of George Floyd’s death while in police custody earlier this year. The Gallup poll released Tuesday found that 65 percent of U.S. adults support the protests, and 50 percent feel very or somewhat “connected to the cause of those protesting,” The Hill.

But Back In The Day

But back in the day, Joe Biden loved cops, advocated tough enforcement, and strongly supported expanded incarceration. Senator Biden wasn’t alone; nearly everyone in the country, regardless as to who they were, supported enforcement and consequences to deal with America’s alarming crime problem.

The justice system is like any other bureaucracy; it moves at the speed of a drunken, wounded snail. When people wonder why things haven’t changed, or are slow to change, it’s partially due to the universal agreement that we should hold those committing serious crimes accountable. I’m unaware of any data suggesting that this has changed.

Probably ninety percent of what’s written about crime and justice comes from progressive or academic sources yet there have been relatively minor shifts in policy. The system I entered at age 18 as a police cadet is essentially the same decades later.

The reasons for intransigence are many but most depend on fear of crime as barometers. Throughout the decades, concern about crime has been rather high. After the riots and protests of 2020, a majority of Americans say they are concerned about rising crime in U.S. cities, according to a new Harvard CAPS/Harris poll. Seventy-seven percent of respondents say they are concerned that crime is rising in the nation’s cities, while 46 percent of respondents said they were concerned about rising crime in their own communities, The Hill.

These are some of the highest fear numbers I’ve seen yet they are somewhat consistent with previous studies. In addition, the polling data on police indicate a fairly high level of confidence and support. With numbers like these, its no wonder as to why policymakers are reluctant to embrace radical change. Even after a slew of controversies regarding police use of force, little has happened, Protests And Crime.

But back to Joe Biden:

“Give me the crime issue … and you’ll never have trouble with it in an election,” Biden was said to have begged party leadership during meetings. With his new position of power on the committee, he began to shape its agenda accordingly.

Biden disapproved of Reagan’s plan to scale back funding for crime-fighting, complaining in October 1981 about inadequate money to combat drug trafficking.  Biden had joined with some of his Republican colleagues to offer the administration more money to spend on crime. Biden excoriated what he dubbed the White House’s “budgeteers” for the paltry funding being offered to the FBI. “You are cutting not only the muscle, but the bone,” he told the attorney general.

Throughout Reagan’s first two years in office, Biden frequently criticized him for shortchanging the war on crime and drugs. In June 1981, Biden spoke before a House committee hearing on budget cuts to drug enforcement. “I, personally, am getting tired of rhetoric about the war on violent crime and the war on drugs. … These types of budget cuts certainly would seem to contradict a serious effort to develop a federal drug strategy,” he said. “My patience for action in the drug arena by this administration is beginning to waiver. Just as I criticized the Carter administration for a lack of innovative ideas in this area I will criticize this administration if promises and rhetoric are not soon replaced by results,” he continued.

In September 1982, Biden gave a nationally broadcast Democratic response to the president’s weekly radio address. He accused Reagan of “unnecessary budget cuts” to crime funding. “Violent crime is as real a threat to our national security as any foreign threat,” he said. “We have a military budget of $253 billion in 1983, and yet in 1983, we’ll spend less than $3 billion a year to fight crime.” He then called on the federal government to support “state and local police agencies by training their people and giving them more money.”

“During the 1980’s and 90’s, the politically ambitious Biden wanted to lead the Democrat Party on the “crime issue,” at a time when the party was viewed as weak on crime. Violent crime was a big problem in America, but Biden looked at the issue as a public relations problem for the Democrat Party.

“Give me the crime issue and you’ll never have trouble with it in an election,” Biden told the Democrat Party leadership at the time. His focus was not actually to solve the issue for the American people, he just wanted to appear tough on crime in order to solve the public relations issue surrounding his party’s perceived weakness on crime.

In the early 1980’s, Biden pushed to expand the federal government’s policing powers. He helped expand the war on drugs and ramped up sentencing guidelines and mass incarceration at an unprecedented scale.

The term “racist” is thrown around too loosely, and I won’t go so far to call Biden one. But Biden’s legislative record and clear disregard for the effect of his actions on the Black community tells us he is a political opportunist willing to do or say anything for political gain.

Biden, meanwhile, was criticizing Carter for not fighting the war on drugs forcefully enough. “I’m trying to alarm the policymakers,” he told the Washington Post months before the 1980 election. “I’m saying that business as usual won’t work.”

Although mass imprisonment is and was primarily driven by states, at the federal level Biden shaped the punitive political culture of the 1980s and 1990s by reviving a policy agenda that was briefly in decline at the end of the 1970s. In three years under Carter, the federal prison population fell by a quarter, even as it was rising at the state level. By the final days of the Carter administration, the federal program that provided resources to states for policing and imprisonment, the Law Enforcement Assistance Administration, or LEAA, was being dismantled.

“The American people believe we have waged war on crime and failed,” Biden, who was the U.S. senator for Delaware at the time, said. “Therefore, they concluded that nothing can be done about it.”

“As most old-line Democrats view it, the only ways we can deal with violence will have a negative impact on civil rights and liberties. … I think that’s malarkey,” he told the New York Times.

“Give me the crime issue … and you’ll never have trouble with it in an election,” Biden was said to have begged party leadership during meetings. With his new position of power on the committee, he began to shape its agenda accordingly.

For those who have been in the justice system for decades, we remember when politicians, the media, and people from all races and backgrounds were browbeating us for not taking stronger action to arrest and incarcerate troublemakers.

When people today strongly criticize cops for aggressive actions, officers are bewildered because of decades of demands that they crack down. From what I read, that insistence exists today in a wide variety of cities where violence is growing.

I remember being at community meetings where people wanted cops to get criminals out of the neighborhood, and they didn’t care how we did it.

I’m not going to tale a position here beyond observing that the larger society, including ministers, community leaders, the media, and just about everyone else demanded action and suggested that if we didn’t get tough on criminals, we simply didn’t care about neighborhoods in distress.

Joe Biden was caught up in a national movement and believed that being tough on crime was in the best interest of citizens and the Democratic party.

Based on growing violence in multiple cities, and increasing cries for proactive policing, that sentiment may be returning.