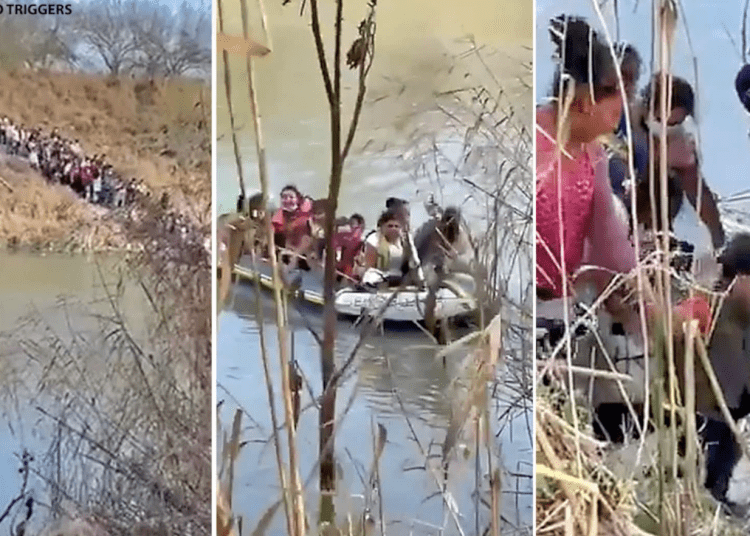 Republican Montana Rep. Matt Rosendale demanded Friday night that the Biden administration clarify a report that officials could fly migrants to states near the Canadian border amid a record surge that has overwhelmed facilities at the southern border.

In a letter addressed to Homeland Security Secretary Alejandro Mayorkas and Customs and Border Protection Acting Commissioner Troy Miller, Rosendale said he was “extremely troubled” by the plan. CBP officials made the request as agents at the southern border struggled to process a wave of about 2,000 migrants who crossed into southern Texas over the last few days, the Washington Post reported.

Rosendale called on the Biden officials to clarify whether the report was accurate. The congressman detailed several questions about the policy, including asking why it was not communicated to lawmakers in affected states and a request for a specific number of migrants that will be housed in facilities at the northern border, according to Fox News.

U.S. Customs and Border Protection reported encounters with more than 100,000 migrants in February alone. More than 4,500 unaccompanied teenagers and children are currently detained at facilities near the southern border.

Rosendale asked CBP and the Department of Homeland Security to address whether conditions at the southern border constitute a crisis, or worse.

The Biden administration has reportedly placed an unofficial “gag order” on Border Patrol agents and sector chiefs as conditions devolve at the border, turning what had been categorized as a crisis into a catastrophe, Law Officer reported.

Rosendale called on Biden’s staff to deliver a prompt response to his inquiry.

“I respectfully request a response to this inquiry as soon as possible, and urge DHS, CBP, and the Biden administration to increase communication with congressional representatives of the impacted districts,” Rosendale added.