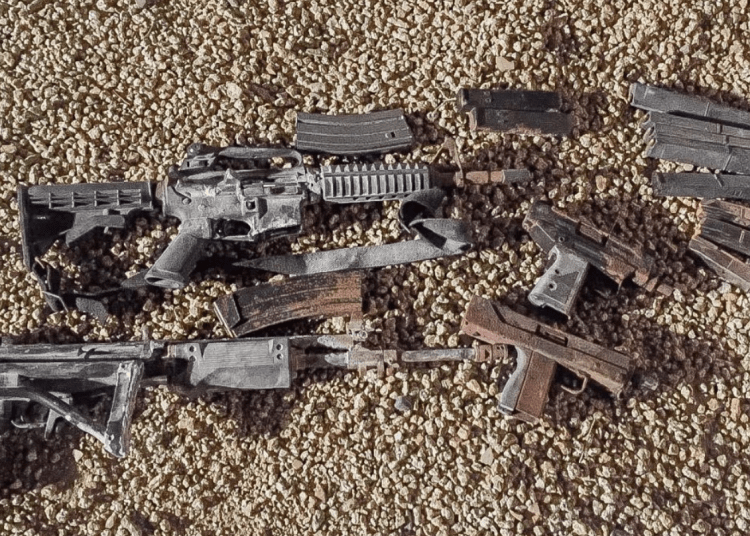 PHOENIX — Owners of a home in Arizona were gardening in their backyard on Sunday when they made a highly unusual discovery: a buried duffel bag filled with guns, authorities said.

The homeowners discovered the bag filled with rusted rifles and handguns while digging a hole near the fence in their yard to plant a tree, the Phoenix Police Department said. After realizing what the bag contained, they immediately called police.

The homeowners gave the firearms to detectives, who will investigate whether the weapons were used in any crimes, according to the department.

Homeowners in a valley home were digging a hole for a tree when they dug up more than they asked for! They found a duffle bag with rusted rifles and handguns inside. They called #PHXPD and gave them to detectives, who will investigate if these firearms were used in any crimes. pic.twitter.com/3EKouHHtpr

“We’re very thankful for the family who called this in, to make sure that if they are connected later to something, obviously related to a crime that we have justice for that family as well,” says Sgt. Mercedes Fortune with the Phoenix Police Department.

One neighbor was shocked by the discovery.

“It’s kind of shocking ’cause I’m a gardener and I dig, so to think that you think it’s just an average day and you find guns, that’s shocking. It’s kind of nerve wrecking,” Yajaira Enriquez told FOX10 Phoenix.

“Why’d you bury them there?” Enriquez said. “Has to be a reason.”

The family has lived in the home for the last four years, AZFamily reported. Before then, it had been rented out to a series of individuals. However, it was also unoccupied for about a year, making it vulnerable to vandalism and trespassing.