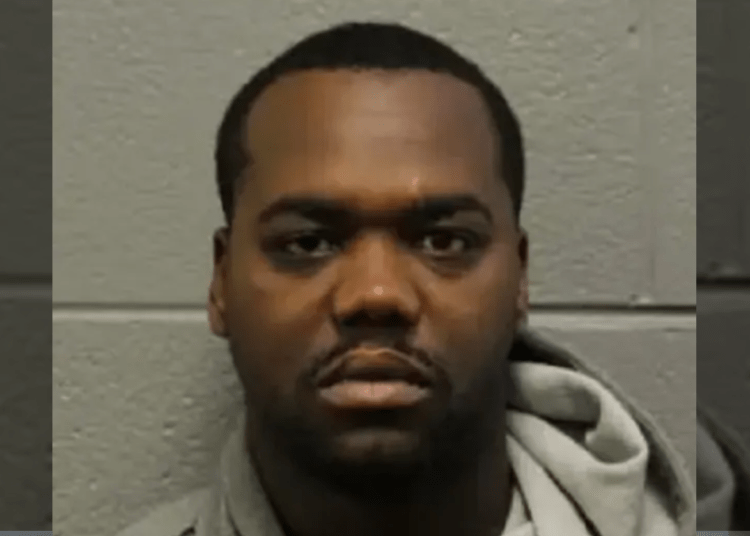 Absalom Coakley was out on bail for attempted murder when he reportedly killed two people at a party, prosecutors said this week. (Chicago Police Department )

CHICAGO – A man out of custody on bond for attempted murder and drug charges is now accused of a double homicide that took place last month in Chicago, prosecutors said this week.

In the nation’s hasty series of criminal justice reforms that have occurred in every liberal controlled jurisdiction, nary a week goes by without a heinous crime being committed by someone who should have been in custody, but was out on low bail, no bail, or early release.

Absalom Coakley, 29, would fit the bill. He was free on $15,000 deposit bond for an attempted murder case when he reportedly killed two people at a party in the early morning hours of Sept. 25, Fox News reported.

Coakley reportedly discharged a single round with a .40-caliber handgun, striking Terrance Johnson Jr., 29, in the back of the head in the early morning hours of Sept. 25 during a “video shoot party.”

A fight broke out in the kitchen of the location at about 3:45 a.m., just prior to Coakley allegedly firing the fatal shot at Johnson.

Moments later, Coakley became engaged in another heated confrontation with 30-year-old Terrance Young outside and fired at the man’s face. Young collapsed to the ground as Coakley fled in a car with two other people, prosecutors said.

About 50 people were in attendance at the party, according to a criminal complaint obtained by Fox News.

Surveillance video captured the second shooting and showed Coakley wearing “distinct clothing,” including a sweatshirt with a large “V” on the back, according to Assistant State’s Attorney Christopher Nugarus. He was seen wearing the same sweatshirt in surveillance footage taken at a nearby gas station shortly before the shootings.

Witnesses identified Coakley from the videos, and one picked him in a photo lineup as the person who shot Young, Fox 32 Chicago reported.

As a result, he was taken into custody Oct. 3 as he was getting into a rideshare vehicle, prosecutors said Wednesday.

At the time of Coakley’s arrest, he was in possession a .40-caliber handgun. The weapon is currently the subject of ballistics testing.

He has since been charged charged with felony counts of first-degree murder and aggravated unlawful use of a weapon, officials said.

At the time of the arrest, Coakley was free on $15,000 deposit bond for an attempted murder case filed in 2016, Nugarus confirmed.

Furthermore, he was also on probation for a 2014 felony drug case that was considered “open and pending” because he repeatedly violated the conditions, prosecutors highlighted.

During the bail hearing, Coakley’s public defender, Christopher Anderson argued self-defense or mutual combat. However, Nugarus pushed back, noting that Johnson was shot in the back of the head and Young’s slaying was captured on video, Fox 32 Chicago reported.

Consequently, Judge Susana Ortiz ruled that Coakley will be held without bail.

“I find that based upon these charges, he’s a clear and present danger to the community,” Ortiz said.