Man threatening to kill cops, arrested on way to protest with AK-47 and Uzi

Florida sheriff warns looters that his county is heavily armed

Tucker Carlson: ‘Enforcing The Law Is Not White Supremacy’

In recent days, Law Officer has been thrown into the debate in regard to what has been referred to as “warrior” training. Last week, Minneapolis Mayor Jacob Frey announced that he was immediately prohibiting “warrior training” for members of the Minneapolis Police Department. Describing the training as “fear-based.”

That description and decision got my attention and I immediately responded with some comments via video. Law Officer followed that up with providing free online training to members of the Minneapolis Police Department and our e-mails and other media requests have blown up ever since.

It seems that this so called “warrior” training is a trigger word for some and even for some law enforcement leaders. One major city chief told me that he is “getting away” from that terminology and moving to what he referred to as a “guardian” mentality, and he certainly wasn’t the only one.

It has not been lost on me that our stance, against a politician that misrepresented what training is, has upset some folks and for that I will not apologize. After all, wouldn’t that be a little too cliche in what seems to be the endless apology tours these days.

Instead, I will ask those that are misrepresenting what “warrior” training is to stop. Just because you subscribe to the political correctness of the day, some report or you want to remain a chief or mayor for that matter, gives you no right to change the definition of what a warrior is.

And you chiefs and sheriffs that are singing this tune, just stop. You are the reason the meaning of what it is to be a “warrior” has been stolen from law enforcement and re-defined as something that it is not.

Maybe you don’t believe me but unlike those that love a quick soundbite to glorify their righteousness, I actually looked up the word “warrior” and it is certainly interesting that the definition that is fed to us by politicians and the media is fake news at it’s finest.

Mayor Frey said that training with a warrior mindset tells officers to be fearful of everyone. He or anyone else has no right to re-define a term simply to fill an agenda. What Mayor Frey described (fear of everyone) is called a good old fashioned “coward” and that happens to be the opposite of a warrior.

It is confidence in your ability; discipline in your conduct; integrity in all that you do; compassion for all mankind and empathy for those in need.

Real warriors avoid violence but when it is needed to protect others, they will certainly engage those that bring violence to them or others.

It is men and women standing above the crowd with the highest of character.

Yes, it means that warriors will not stand for corruption and will do everything that it takes to eliminate it from the profession.

To be a warrior is to be brave, to protect the weak and to be willing to sacrifice everything for those principles.

I could continue but I think you get the point. And by the way, if you think I’m simply trying to alter the narrative, look the word up. You will find articles and definitions that say exactly what law enforcement knows it to mean.

Many politicians and unfortunately some police leaders have demanded that we get rid of all of the warriors and become guardians and once again, they are re-defining yet another important term. 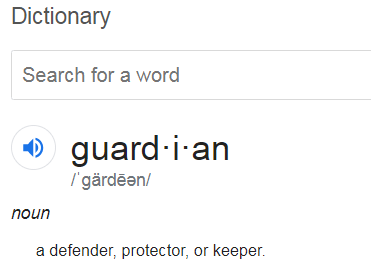 It is to “defend” to “protect” and to “keep” and if you think that means everyone will always be happy and love what you do, you simply haven’t ever had to defend the weak from the strong. You’ve never had to “guard” anyone or anything.

When Tiger Woods is called a “warrior” of golf no one flinches.

When President Obama said that he was a “warrior for the middle class,” we applauded.

So call me weird that I simply don’t understand why this term, a symbol of honor, is twisted when it comes to law enforcement.

It is done because few in our profession are standing up for it.

It’s easy to jump on the bandwagon, blame a word taken out of context and misaligned for a cop’s action that you may not agree with.

It is much more difficult to really analyze problems, come up with solutions and work together to solve some very serious issues within our society.