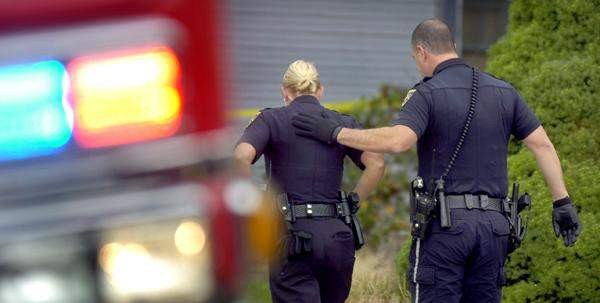 I didn’t really think much about these police lip-sync challenges that have taken Facebook by storm.  Like most departments, we never really have time to catch our breath from all the other things we must do and the idea of squeezing another thing on the schedule and the organization the event would demand put that idea to bed.  I also thought of it like so many other “community relations” ideas that have floated around in the last couple of years; shooting hoops in the neighborhoods, giving out ice cream sandwiches, organizing bike rides with officers, etc.  I don’t have a problem with any of those ideas but I don’t think that is the kind of lasting connection that changes the relationship between a police force and the people we serve.

The ideas listed above and others like them are not the overall connections that will repair the relationships.  Police work, not intentionally but as a coping mechanism, causes officers to disconnect with the very people they originally devoted themselves to.  I have lived it and I have seen it affect almost every cop I know. Some eventually see it, but many finish a dedicated, hard worked career only to leave bitter, hard and disillusioned.  There are ways to make the connections that will allow relations to grow and prosper.

I have taught a few cops in my career and the resounding theme among those I have spoken to about this is that they got into police work to help people.  The problem is as we gain time on the department we work with those who have become disillusioned and without proper attention, that perspective begins to grow in them and spread to the newest officers.  As officers we see the worst of society and rarely see the good. We don’t have time (or I would argue don’t make time) to see the outcome of what we have accomplished. I would suggest this is in large part due to the lack of leadership in departments across the country.  Now I know cops because I have spent almost 4 decades with them but the more I learn and observe, the more I understand how much leadership in business, government and everywhere else, is lacking.

How Leadership Can Shape Community Relations.

First, we must back our people.  Too many leaders don’t have the intestinal fortitude to stand up for their people because either they don’t know the law, so they fall to emotion-based decisions, or they care more about their career than they do about their people.

Leadership is hard, but it is never about you!

As a leader, your people need to know that they can be trusted to do the right thing and that when hard decisions come you will support them. Most cops make the right decision almost all the time.  If they are wrong, a leader will help them learn from their mistake in a way that they still feel supported.

Second, we have done a terrible job of monitoring our emotional health.  A good leader will make sure that all their people are well balanced. That will mean getting to know your people or that the leader in charge of that group knows their people.  This will mean that when we see things that concern us that we are quick to step in and move people back to a well-balanced perspective.  People like to be liked. Often, we see concerning behavior in subordinates or peers that we should address but we don’t.

If you are more concerned about being liked than doing right, you are not a good leader.

Having courageous conversations with people about their attitudes or behaviors will save many careers and many departments from disaster. The sooner we cure bad thoughts and dispositions the more resilient our people will be. A happy, well-adjusted officer will deal with the public better and there is far less chance that the officer will end up in the news or unemployment line.

Third, we need to teach our officers to respect the people we serve.  That starts at the top and how we treat our people will be reflected in how they treat the people they serve.  Teaching our officers that every person just wants to be treated with respect, real respect for them as people not objects, will result in better community relations.  This job can’t be just a job dealing with problems but with people. The Arbinger Institute conducts training and has produced several books on the topic of treating people with respect and not as objects.  This concept was made abundantly clear this last year as I walked along side my wife during a medical issue that had us in contact with medical personnel multiple times each week. Some treated her with incredible respect as a person, one doctor pulled up a chair, looked her in the eyes and told her he was sorry she was on that journey, what compassion!  Others treated her as an object that had no real worth other than a number for the day. It gave me a taste of how I know I have been at times and how easy it is to behave that way. We came to this profession to serve and help, getting back to those roots is a vital key. Mutual respect is a proven change agent.

I am convinced that these three things can change those who have a rocky relationship with their community more than de-escalation, procedural justice or any of the hot topic classes being pushed today.  These are things we have been working on for years now. It is because of these types of community approaches that we received a lip-sync challenge, but it was not from another police department but from our town.  We didn’t have time, but we accepted because that is what change looks like.