Deputies were trying to serve a domestic violence order when the gunman opened fire and turned it into a 'war zone,' county attorney says 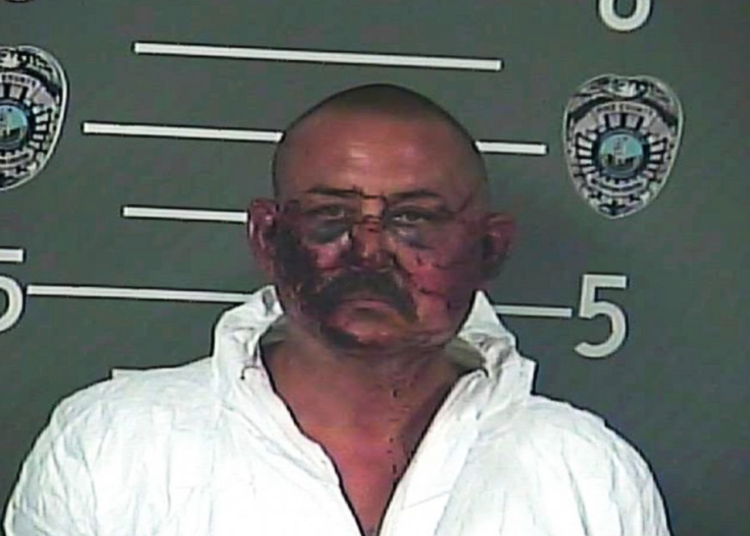 We discovered late Friday night that one of the five wounded officers has died. Prestonsburg Police Officer Jacob R. Chaffins did not survive his injuries. He was a K9 handler with the department. The city of Prestonsburg released that information on its Facebook page.

FLOYD COUNTY, Ky. – A Kentucky man in Floyd County is accused of killing two deputies and a K9 as well as shooting five more law enforcement personnel and an emergency management director during a barricade situation.

Captain Ralph Frasure and Deputy William Petry were identified as the law enforcement personnel who died when a gunman opened fire, according to the City of Prestonburg, WKYT reported.

The confrontation turned deadly Thursday night in the City of Allen off US 23 when deputies were servicing a domestic violence order. The suspect, identified as Lance Storz, opened fire, subsequently killing Frasure and Petry, according to the news outlet.

The shooting continued and Storz barricaded himself in the home for hours. Several allied agencies responded to assist, including the Kentucky State Police, Louisville Field Division of the ATF, and departments from Boyd, Knott, and Laurel counties.

In addition to two LEOs killed by gunfire, five more were wounded. The eighth shooting victim was an emergency management director.

Furthermore, the arrest citation said a police K9 was also shot and killed, according to WKYT.

“They encountered pure hell when they arrived, they had no chance,” Sheriff John Hunt said.

Hunt said one officer hid beneath a patrol unit for hours and suffered carbon monoxide poisoning. He said the police K9 that was shot was inside of that car.

“At one time the car he was under took a barrage of bullets. Shot the K9 dog in the back seat,” Hunt said.

“Multiple weapons and multiple calibers were used,” the sheriff said in a follow-up report by WKYT.

“Sheriff’s Department was the first on the scene due to the DV investigation, was fired upon, called for backup,” he said. “For those who were there, they lived through hell for some time.”

“This guy had a plan, and he pretty much executed that plan almost to precision,” Hunt said.

Hunt and Bartley further described the situation as “an attack on law officers” and an “ambush.” They talked about how gunfire was raining down on the responding officers.

It was unclear how Storz was taken into custody, but he was booked in jail at 5:00 a.m. Friday and faced a judge via video a few hours later. He’s facing several charges, including multiple counts of murder and attempted murder. He had not guilty pleas entered on his behalf for all of them.

The judge set his bond at $10 million, WKYT reported.

The crime scene on Main Street in the small town of Allen remained active as of Friday morning.

With so many impacted from such a small close-knit community, all of this is extremely difficult.

“I don’t know if there is any comfort for any at this time. Those people were not just police officers. I think that gets lost a lot of times, in media across the country. You hear about something happening in another state. It’s not a police officer shot. Multiple police officers in this case. Human beings. People with children, spouses, moms and dads, their world will never be same,” Bartley said.

Floyd County and our brave first responders suffered a tragic loss last night. I want to ask all of Kentucky to join me in praying for this community. This is a tough morning for our commonwealth. ^AB

“Floyd County and our brave first responders suffered a tragic loss last night,” Kentucky Gov. Andy Beshear tweeted Friday. “I want to ask all of Kentucky to join me in praying for this community. This is a tough morning for our commonwealth.”