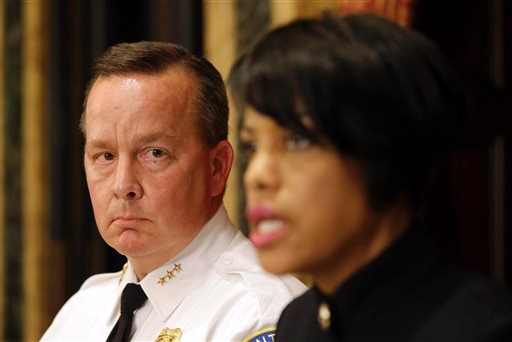 The Baltimore Sun reports that Sgt. Alicia White and Officer William Porter, who are both facing charges of involuntary manslaughter in the 25-year-old’s death last April, filed the lawsuit against Mosby, Baltimore Sheriff’s Office Maj. Sam Cogen, and the state of Maryland in Baltimore Circuit Court on May 2, records show.

The officers claim Mosby and Cogen knew the statement of charges filed against the officers and other statements made by Mosby at her May 1, 2015, news conference announcing the charges “were false.”

“These among other statements were made not for the purpose of prosecuting crimes that had allegedly been committed by White and Porter, but rather for purposes of quelling the riots in Baltimore,” the suit alleges.

The officers had asked that the lawsuit be sealed to “avoid any suggestion” that they were “not complying with the spirit of” a gag order issued in their criminal cases by Circuit Judge Barry G. Williams, and to “avoid any additional pretrial publicity in connection with their upcoming criminal trials.” They said they had to file the lawsuit earlier this month because of statute of limitations concerns.